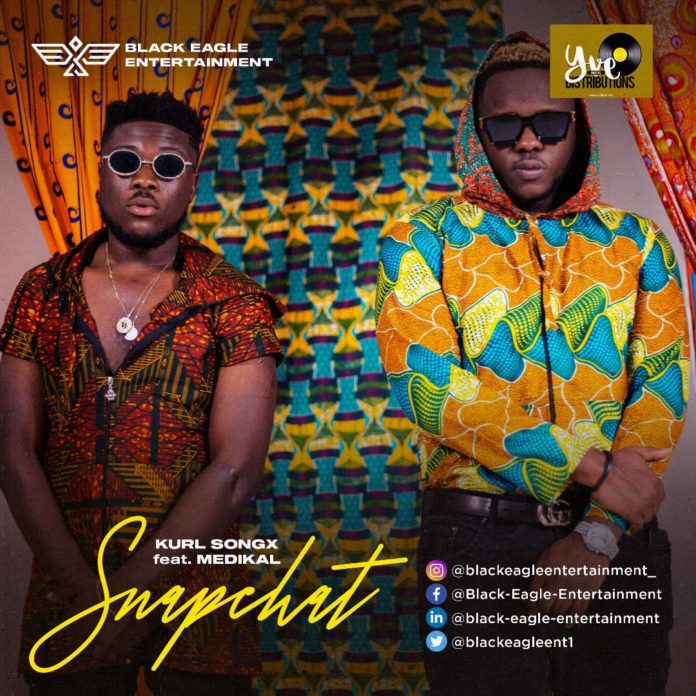 The single which contains explosive choruses and serrated lyrical vibes would later be accompanied by entrancing visuals sponsored by textile giants, GTP.

Signed onto Black Eagle Record Label, Kurl Songx’s new single has racked over 50,000 streams after few days of its release.

Both Kurl Songx and Medikal on the song demonstrate their superb abilities in a perfectly synchronised masterpiece produced by Chensee Beatz.

The new single is available across various digital streaming platforms and already looks a strong contender for Best Collaboration of the Year.

Kurl Songx touted as one of the fastest rising music stars following his exploits on season five of the MTN Hitmaker has indeed lived up to the hype and continues to churn out massive hit tunes.