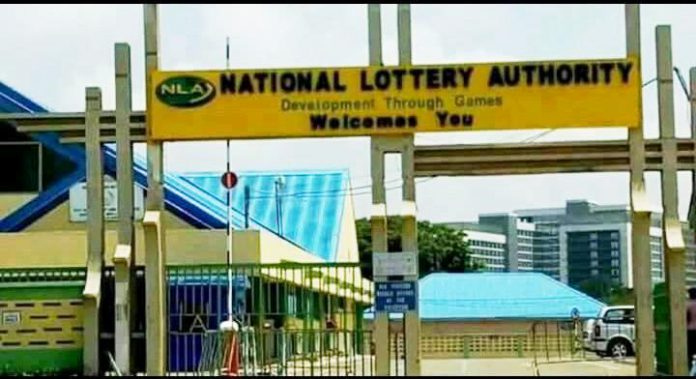 The Association of Lotto Marketing Companies and the NLA Staff Union have waded into the impasse between the NLA and Private Lotto Operators by proposing workable solutions.

In a Statement signed by Eric Tamakloe, Chairman of the Staff Union of GPL NLA, Nana Yaw Quansah -Secretary, Staff Union of GPL NLA, Kofi Frimpong, General Secretary of the Association of Lotto Marketing Companies and Dan Mensah, National Chairman, Association of Lotto Marketing Companies, they indicated that the current state of affairs of the NLA is pertinent but that notwithstanding, there is huge potentials available to the NLA to work and generate huge sums of revenue to support the economic endeavors of government.

They averred that, the Authority is however struggling to generate income to pay winning prizes, lotto commission, staff salaries and emoluments etc.

This, they stated, is due to the massive encroachments on a large segment on NLA market to feed on the flagship product, which is the 5/90 game.

“Indeed the 5/90 game is a gold mine for which huge sums of money could be generated from its operations,” they stated, and offered their total support to the measures being put in place by the current management of NLA to undertake some reforms in a bid to streamline aspects of its operations.

They stated that; “In doing so we would like to urge the management of the NLA to take steps to harmonize the operations of the private companies with the NLA. The private companies are also urged not to be recalcitrant ad adopt confrontational stance but should bear in mind that Section 4 of the Lotto Act, 2006 (Act 722) gives the Authority the sole mandate to operate and regulate lottery in Ghana, and within the parameters set for them.”

The Association of Lotto Marketing Companies and the NLA Staff Union thus proposed that the NLA should introduce a clear-cut regulatory framework in accordance with the National Lottery Act, 2006 (Act 722) and Lottery Regulation, 2008 (LI 1848), review the licensing fees by introducing a realistic rate, and in addition to charging licensing fees, revenue sharing should be instituted to ensure fairness and equity.

They also called for regular flow of communication to be adopted to avoid suspicion, rumors and speculations and levied agents and writers of the private lotto companies at the end of every month to generate more income for the NLA.

“In this case, proper records must be kept to ensure accountability. No company should have the right to conduct any draw without NLA’s authorization.”

They also appealed to all the parties to refrain from using politics and the media as battle grounds, which according to them, has the tendency to not only to inflame passions but also muddy the waters; but engage in dialogue to resolve any contentions that exist.