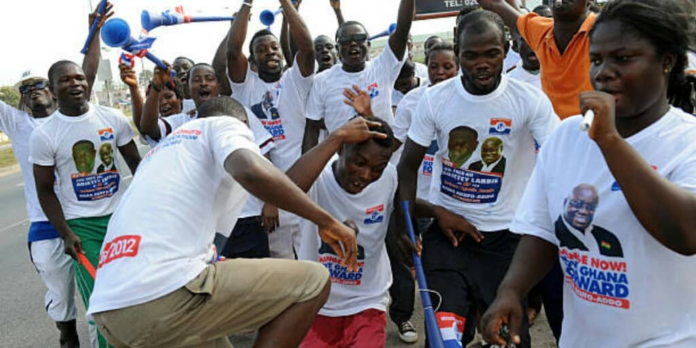 Mr Evans Yaw Dapaa, Oti Regional Chairman of the New Patriotic Party (NPP), has charged the chiefs and people of Bejamse in the Krachi Nchumuru Constituency of the Region, to throw their support behind President Nana Akufo-Addo as a sign of appreciation in the creation of the Nchumuru Traditional Council.

Mr Dapaa addressing the Constituency, said that President Akufo-Addo’s fulfilment of his promise to create a traditional council for Nchumuruman, and other numerous development projects initiated by the current government in the area, should spur on the people to vote massively for the NPP.

Mr Joshua Makubu, Oti Regional Secretary for the New Patriotic Party said, the Council would strengthen their position as chiefs to discharge their customary and traditional rites as an autonomous body without hindrance and that would go a long way to help them develop their area.

He elaborated numerous government projects and policies for the Constituency such as, “One-District, One-Warehouse, which were completed, fully furnished District Assembly Administration, ongoing construction of One-Village, One-Dam at Banda and Planting for Food and Jobs.

The youth and party supporters expressed their commendation to President Akufo-Addo for elevating the traditional council.

The youth wings told the GNA the numerous development projects that were underway and completed in the Constituency unprecedented and assured to vote massively to re-elect President Akufo-Addo and the NPP government.