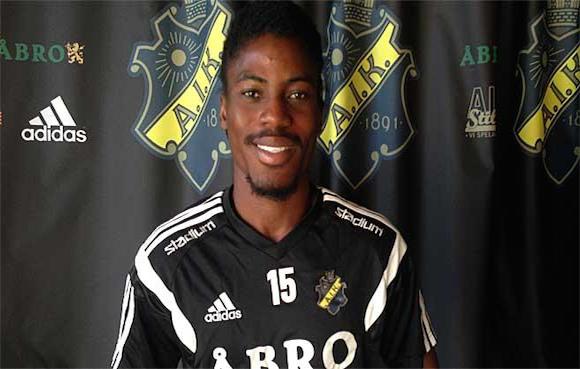 Midfielder Richard Boateng has begun training with Swedish giants AIK Stockholm with a view to earn a deal, Africanfootball.com has reported.

The 22-year-old, who is the younger brother of Ghana international and former AIK star Derek Boateng, must impress coach Andreas Alm to earn a deal with the Solna-based side.

The former Liberty Professionals is trying to secure a move away from Spanish La Liga side Granada where he has struggled for first team football.

Last season, he played 34 matches with for Granada B side in the Spanish third league but managed just one match in the La Lga.

?Scouting for AIK is proactive and I have followed Richard since last winter. Now an opportunity has arisen to take him into our daily activities and assess him,? AIK Football scouting director Tobias Ackerman said.

Richard?s senior brother Derek was a household name for AIK during his spell with the club in 2005.