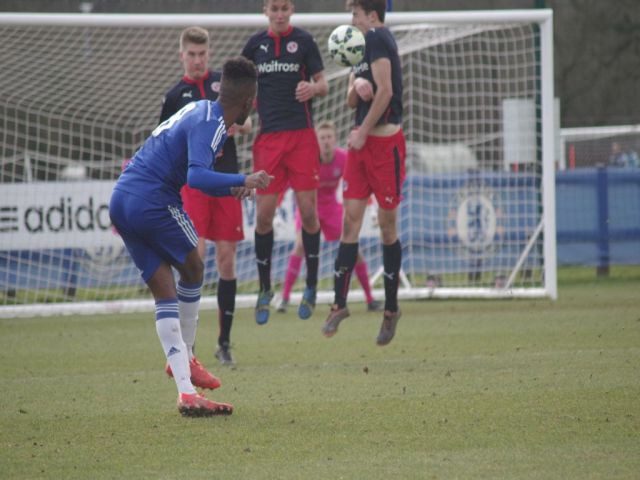 English-born Ghanaian starlet Richard Nartey enjoyed sweet memories with the Chelsea U18 squad on Monday night as he helped them clinch the 2014-15 FA Youth Cup after hammering Manchester City 5-2 on aggregate in the final clash.

Though the 16-year-old was not in action at the Stamford Bridge where 10,969 fans watched together with Chelsea owner Roman Abramovic.

Nartey came off the bench to play in the first-leg when the Blues recorded a 3-1 triumph over their Manchester rivals.