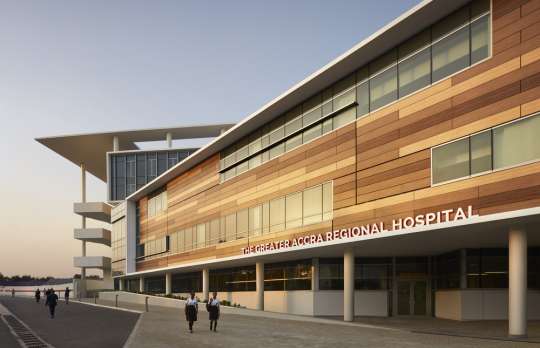 The Greater Accra Regional Hospital (Ridge Hospital) is to undertake a mass cervical cancer screening from February 2 to 28 to create the needed awareness of the deadly disease.

It would also enable more women and girls who are engaged in sex to have themselves checked to ensure prevention of cervical cancer.

The Hospital is well prepared and have the necessary equipment to effectively start the screening, Mrs Juliet Amewu, the Principal Nursing Officer in Charge of the Reproductive Health Unit of the Hospital, told the Ghana News Agency (GNA) in an interview in Accra.

She said women between the ages of 25 to 45 years would be having the screening for free but those above 45 years and girls below 25 would pay a fee of GHC125.00.

Mrs Amewu noted that girls from nine years who have not had sex before could take the vaccination without the screening process at a cost of about GHC290.00 adding that, the same amount goes for those who get screened and are negative.

She said the same process goes for girls from age nine. Boys are also encouraged to get themselves checked.

Mrs Amewu said the cost of the vaccine was expensive, but encouraged women and girls to ensure that they got vaccinated because it was important.

Cervical cancer is the second most frequent occurring cancer in women after breast cancer and common cause of cancer related deaths among women in developing countries.

Current health statistics estimates that in Ghana, every year 3,151 women are diagnosed with cervical cancer and 2,119 die from the disease. It is common in women and girls who are sexually active.

Deaths due to cervical cancer are projected to rise by almost 25 per cent over the next ten years hence the need for the awareness to allow for more screening among women and girls.

The Human Papilloma Virus (HPV) which causes cervical cancer is acquired through skin to skin contact with someone who has the virus during sexual intercourse.

Once infected, the virus could stay in the host for about ten to 15 years before symptoms starts to show.

Symptoms of the disease include offensive discharge from the vagina, blood flow after normal menstrual period, during or after sexual intercourse and women in their menopausal age who bleed, prolonged back pains, loss of weight among others.