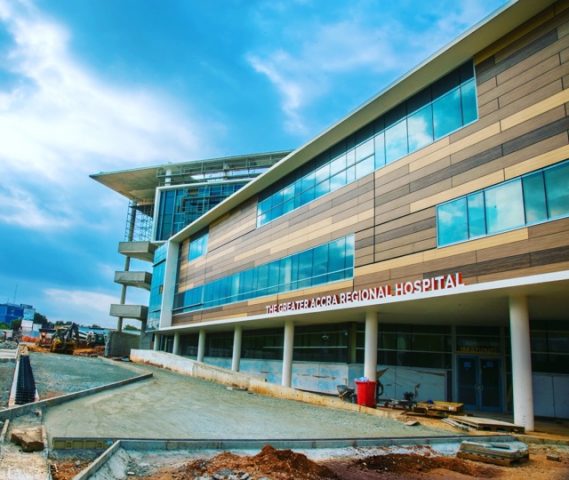 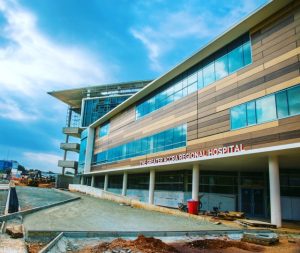 The Ridge Hospital in Accra otherwise known as the Greater Accra Regional
Hospital has suspended a range of new increased tariffs it introduced in June, without any notice to its clients.
The tariffs, which went up in some cases by as much as 100%, did not have the approval of either the Ghana Health Service (GHS) or the Ministry of Health.
The increment, according to Daily Express investigations, was unadvertised and surprised many patients to the hospital.
Follow-up interviews conducted by the Daily Express confirmed that the hospital’s nurses and matrons will usually inform patients of the new rates, with some returning home when they are unable to afford the rates.
Management of the Ridge Hospital, led by its acting Medical Director, Dr.
Emmanuel Kwabla Srofenyoh, tried to defend the increments, explaining that it was to help them cater for the rising needs of the hospital.
He also indicated that the increment was because of the new and high quality equipment installed for the hospital, which has to be maintained.
When the Daily Express contacted the Ministry of Health, the Head of Public Relations Office, Mr. Robert Cudjoe, said he wasn’t aware of the charges but will confirm from the authorities of the hospital.
With increasing complains from patients however, the Ridge Hospital finally suspended the new tariffs on Friday, June 30, 2017.
An internal memo dated June 29, 2017 and copied to Unit and Department Heads announced the suspension until further notice. It explained however that “the suspension has become necessary to enable management seek the necessary approval for the tariffs with the relevant authorities.”
Director General of the GHS, Dr. Anthony Nsiah-Asare had earlier told the Daily Express it is wrong for the Ridge Hospital to introduce any new tariffs without the approval of the Ministry of Health, Ministry of Finance, Cabinet and Parliament.
Prior to the suspension of the unapproved charges, pregnant women on National
Health Insurance were asked to pay GH¢261.35, for deliveries, compared to the previous arrangement where they only pay for laboratory tests and scanning.
At the OPD, consultation fees, which used to cost GH¢15.00 shot up to GH¢1oo.00 for standard patients.
Charges for standard orthopaedic surgery also went up from between GH¢86 and GH¢340 to GH¢374 and GH¢946.
In place of the suspended tariffs, the Hospital will apply the NHIA GDRD tariff structure for insured clients while an itemized billing system would be developed and applied to the non-insured clients.
The Ridge Hospital was refurbished and expanded into a modern 420-bed facility by the John Mahama administration.
Source: Fred Nana Yaw Sarpong
Send your news stories to newsghana101@gmail.com Follow News Ghana on Google News