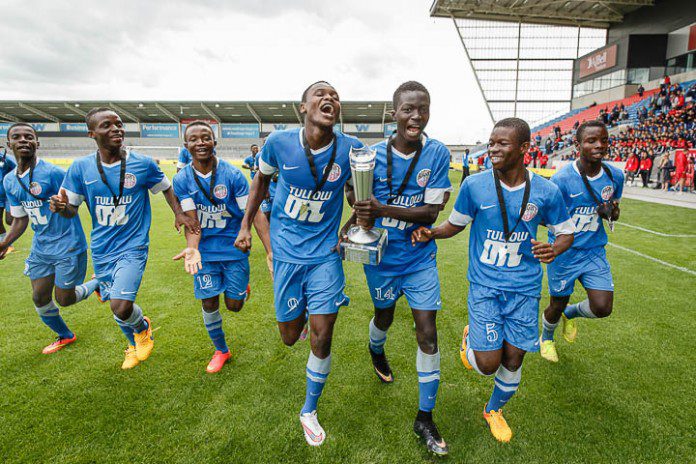 Both sides failed to score in normal play and extra-time at the AJ Bell Stadium in Manchester.

Right to Dream quickly settled into their usual, attacking, fast-paced rhythm in the NIKE sponsored tournament and, despite an exhilerating display from the Ghanaians, the Genoa midfield remained steadfast in defense and continued to look dangerous on the break.

The 0:0 scoreline at the end of normal play did not do justice to the scintillating football from both teams. Extra time was followed by penalty kicks in an effort to separate them.

A missed penalty from Right to Dream generated groans around the stadium, but it was their goalkeeper who eventually saved the day 4:3 to ensure that the title, and the trophy, finally travelled to Ghana.

Coach Frazer Robertson: ?I am so very proud of my boys. They are all very skillful of course, but they showed great determination and character throughout the tournament. We had a couple of lucky breaks in the early stages, and then worked hard to capitalise on them.?

‘Delayed Justice’ Documentary to be premiered on August 6

Badminton Benin International: “The bronze medal will spur me on to achieve my dream” – Kelvin Alphous

Premiering Today is Access Banks All Walks of Life