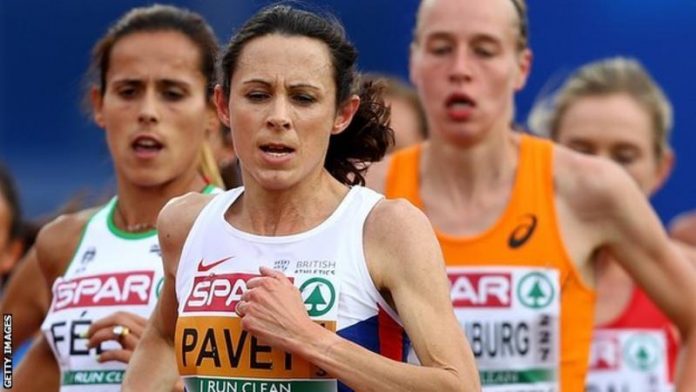 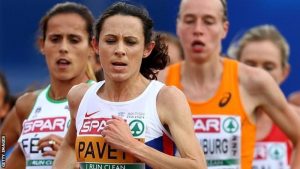 The 42-year-old, who will be the oldest British woman to run in a Games, achieved the 10,000m qualifying time at the European Championships in Amsterdam last week.

Christine Ohuruogu, 32, who won gold in Beijing, is selected for the 400m.

They are among a team of 80 athletes selected to represent Britain in Rio that will be looking to improve on the haul of six medals in 2012.

Athletics team leader Neil Black told BBC Sport: “It’s vital to be clear that we have selected Jo Pavey because she has shown form and we believe she will perform at the highest level at Rio.”

Pavey’s place was being challenged by 24-year-old Kate Avery.

“It was a tough call because Kate Avery had done everything that was asked of her,” Black said.

“It took significant time and analysis but it was about picking the person we thought would perform at the highest level.

“It’s a great story and I’m so pleased for her but I feel for Kate.”

Dina Asher-Smith, 20, won gold in the 200m in Amsterdam and is picked for her first Olympic Games, as is men’s sprinter Nethaneel Mitchell-Blake, 22