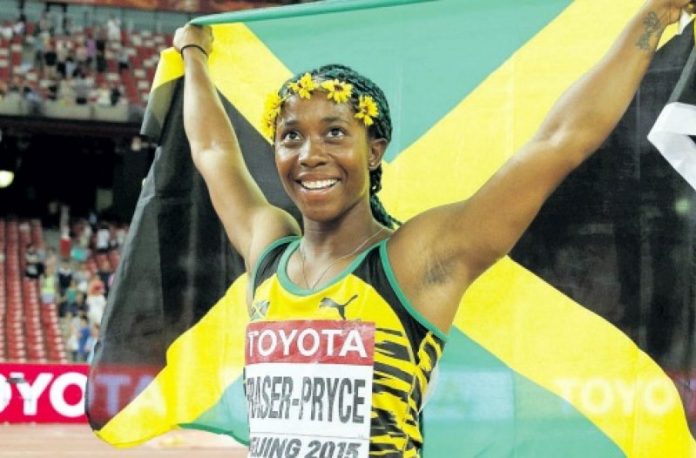 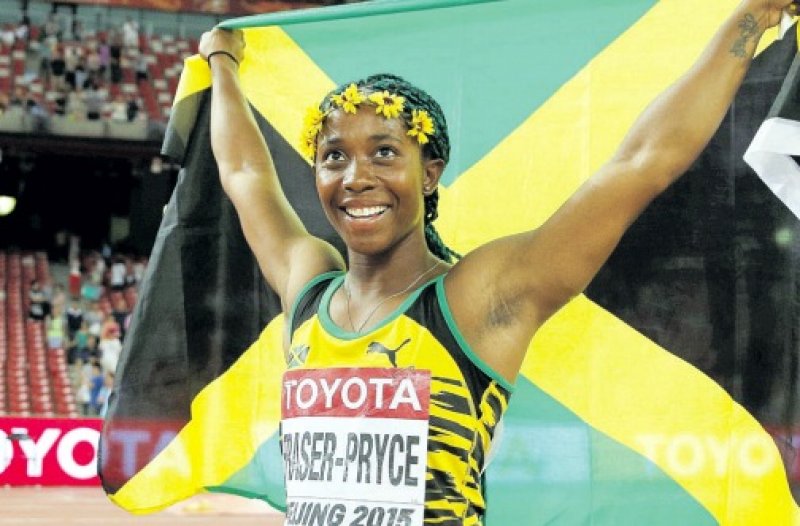 Sprint Queen Shelly-Ann Fraser-Pryce will carry Jamaica’s ‘Black, Gold and Green’ during the Opening Ceremony at the 31st Olympiad in Rio de Janeiro which starts on Friday August 5.

Fraser-Pryce received the nod ahead of Usain Bolt who carried the Jamaican flag at the 2012 London Olympics.

Fraser-Pryce, 29, who will be participating in her third Olympics, is seeking an unprecedented third consecutive win in the 100m, having won in Beijing 2008 and London 2012.

She is the recipient of a number of awards over the years, including the Order of Distinction, Jamaica’s sixth highest national honour.

Fraser-Pryce won the RJR Foundation National Sportswoman of the Year crown three times in 2012, 2013 and 2015.

In 2013, after capturing gold in the 100m, 200m and 4x100m at the World Championships in Moscow, Fraser-Pryce was voted IAAF World Athlete of the Year.

Fraser-Pryce continues the dominance of female flag bearers in recent times as only four men — Bolt (2012), Bert Cameron (1984), Lennox Miller (1972) and Arthur Wint (1952) — have ever carried Jamaica’s flag during the Olympic Opening Ceremony.

Merlene Ottey has the distinction of being the only person to carry the flag twice in 1988 and 1992.

Juliet Cuthbert who won two silver medals at the 1992 Olympic Games, was the flag bearer in 1996.

Deon Hemmings who became Jamaica’s first female Olympic gold medallist when she won the 400m hurdles in 1996, was the flag bearer in 2000.

Quarter-miler Sandie Richards carried the flag in 2004, while Veronica Campbell-Brown who won two gold medals in the 200m and 4x100m at the 2004 Olympics, was the flag bearer in 2008.