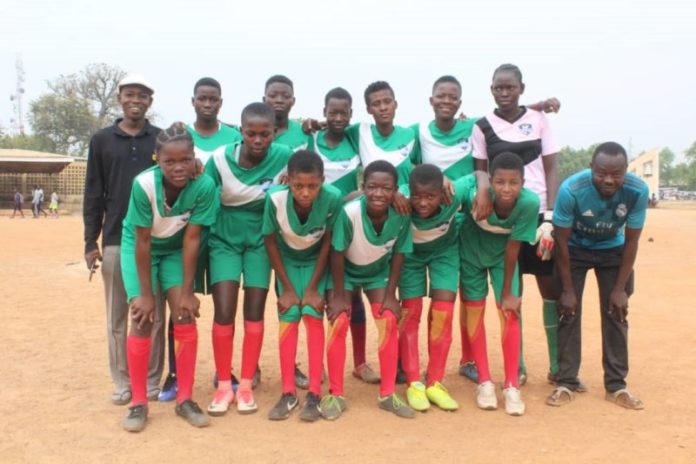 The Rural Initiatives for Self-Empowerment-Ghana (RISE-Ghana), a Non-Governmental Organization has organized a football gala for female and juvenile clubs in the Upper East Region as part series of activities marking the 16 days of activism.

The gala, organized in collaboration with the various Municipal and District Football Associations was held in four zones including; Bolgatanga, Bongo, Bawku and Kassena-Nankana.

It was part of efforts to intensify education and awareness creation to end all forms of gender discrimination particularly women and girls with regards to Sexual and Gender Based Violence (SGBV).

Mr Awal Ahmed Kariama, the Executive Director of RISE-Ghana, revealed to the Ghana News Agency that the event was part of a four-year project dubbed, “ENOUGH! Empowering women, girls, boys and men to take positive action in ending sexual gender-based violence in Ghana, Liberia and Mali.”

It is being implemented in partnership with Oxfam Ghana and Women in Law and Development (WiLDAF) with funding support from the European Union (EU).

The Executive Director explained that SGBV were prevalent especially in teenage pregnancy and child marriage among many communities in the region and needed concerted and innovative efforts at tackling the menace.

He said women and girls had lots of hidden potentials when given the chance to unearth them could contribute significantly to the development of nations.

“Sexual and Gender based does not occur in a vacuum, around the world it is estimated that one in three women still experience physical or sexual violence in their families, it can be rape, trafficking, female genital mutilation and forced marriage and we know that further risks and stigmatization affect women and girls who are from poor backgrounds or living disabilities,” he said.

The Executive Director noted that the emergence of the novel coronavirus disease pandemic and the associated restrictions including; stay home, the plight of women and girls had further increased and disrupted them from accessing support when abused.

He said, “not only do these survivors bear the lifelong effects of their perpetrator’s actions, but sexual and gender based violence affects entire communities as barriers to peace, security and prosperity.”

Mr Kariama noted football, was a unifying game and that informed his outfit and its partners to use football as tool to propagate the need join hand to end the menace.

He said the idea was not to only to empower the girls to know and stand for their rights when abused but to encourage the men and boys who often abuse the girls to be ambassadors against violence against women and girls.

Mr Issifu Zida, Chairman of the Bolgatanga Football Association, lauded the efforts of RISE-Ghana for promoting for helping to empower young girls through soccer and added that it would further boost female sports in the region.

She sexual and gender based violence is a human abuse and called on all stakeholders to work to intensify education to help the menace to promote gender equality and achieve the Sustainable Development Goals.
The girls were presented with packs of sanitary pads after the tournament.