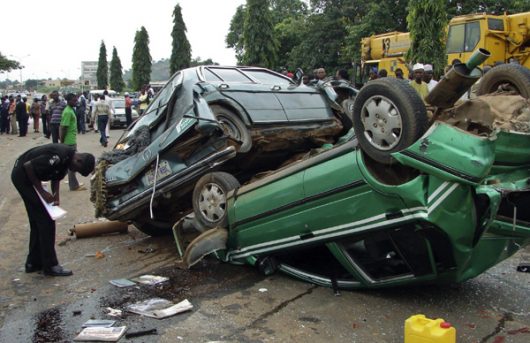 South Africa has one of the worst safety records in the world, at about 26 fatalities/100, 000 people as compared to other developed countries such as Sweden at 3.2 fatalities/100,000 people, Peters said in her budget vote speech in Parliament.
She said 88 percent of crashes are caused by human factors, with an average of 40 people dying and 20 left permanently disabled on South African roads every day.
Road crashes are a national concern, the minister said, adding: “We should all acknowledge that road safety is everyone’s responsibility.”
As a result, the government has established the National Road Safety Advisory Council that is made-up of relevant stakeholders to assist in coming up with appropriate solutions, Peters said.
Hours before the minister spoke, eight officials from the Correctional Services died in a multiple vehicle crash while on their way to work near Swellendam in the Western Cape.
The accident happened just after 7:00 a.m. on a highway, involving three cars — bakkie, a truck and a vehicle from Correctional Services carrying staff to the Buffelsjagrivier Correctional Centre, according to police.
Eight Correctional Service officials died on the scene while 12 others were injured, four of them seriously.
Western Cape Minister of Transport and Public Works, Donald Grant said, “It is believed that the head-on collision occurred when the light delivery van was struck from behind by the truck, causing it to veer into the path of the oncoming Correctional Services minibus, resulting in the crash.”
A case of culpable homicide will be opened once police have concluded their investigation. Enditem