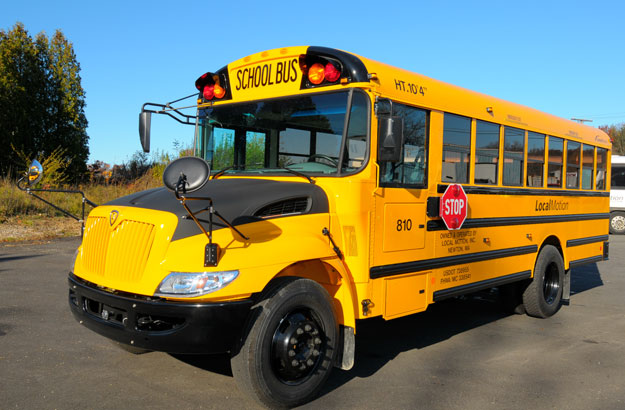 The National Road Safety Authority (NRSA) is collaborating with the National Schools Inspectorate Authority (NASIA) to ensure that road worthiness of school buses is made a requirement for the renewal of school licenses.

This has become necessary following public concerns over the conditions of vehicles that convey pupils to and from school.

There had been increases in road accidents involving school buses carrying children in recent times, Mr Kwabena Asare Mintah, the Manager, in charge of Regulations, Inspections and Compliance, NRSA, has said.

He said the Authority and officials of the NASIA were currently on field tours to check the state of vehicles that conveyed pupils to and from school.

Speaking to newsmen during one of the field exercises at Fumesua in the Ejisu Municipality of the Ashanti Region, Mr Mintah said it would enable the Authority to know the lapses and make recommendations.

“What we intend to do is to work with the NASIA to include the state of buses and operational issues as part of the checks that need to be done before the licenses of the schools are renewed,” he said.

Mr Mintah said it was important to inspect and ensure that school buses met the standards and procedures with regard to road safety to prevent accidents.

Most of the vehicles inspected during the exercise were in good shape but had few issues with windows, tyres, lighting and seat belts.

Mr Mintah advised the school authorities to ensure that the vehicles were serviced and in good shape before hitting the roads.

She noted that it was quite “worrying to see a school bus carrying children involved in accidents,” and called on school authorities to prioritise the safety of children, with support from the parent-teacher associations.

Mr. Augustine Aboagye, Lead Inspector, NASIA, explained that all the private schools were under the Inspectorate Authority, which ensured that quality of assets and logistics, including buses, were prioritised.

He said although the Authority had been advising schools on the right things to do, not all of them complied, and that it would not renew licenses of the nonconformists to rules and regulations.

Vulnerable must not suffer in Domestic Debt Exchange – Consultant

Volta Region urged to carry NDC as a Religion