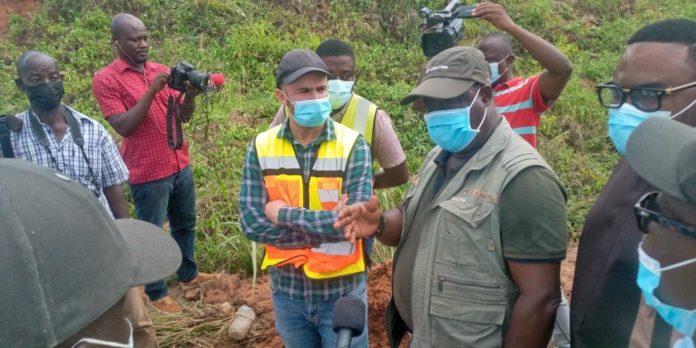 Mr Kwasi Amoako-Atta, Minister of Roads and Highways, has directed Maripoma Limited, an engineering company constructing the Accra-Kumasi road to within two weeks, complete a major sectional repair of the Medie-Nsawam stretch and open it to traffic.

Upon completion, the stretch, which was turned to a single-lane, would be expanded to a dual carriageway and help to ease traffic congestion on the road during and after the Christmas festivities.

The Minister, gave the directive during inspection of the progress of the project. The Minister was accompanied by representatives from the Ministry, the Ghana Highways Authority and the Ga West Municipal Assembly.

“What I am telling you is not an appeal. It’s a precise directive that I’m giving you. Make an arrangement to work day and night because between now to Christmas, we will have heavy traffic on our roads and inconveniences must be minimal as much as possible for motorists.”

Mr Amoako-Atta said the Accra-Kumasi road was a central corridor that conveyed motorists to different parts of the country.

He therefore tasked the engineers to speed up with the repairs on the service roads, to represent the score fraction of the main dual-carriage project.

The Minister reiterated: “I know you are capable and have the efficiency to work as you won the contract on the basis of competence. I want to see major work going on; I mean real action on the ground.”

Mr Ahmed Saeed, the Lead Engineer working, gave an assurance that they were going to heed to the directive of the Minister and deliver as expected.

However, he entreated the Minister to get them a “right of way” to work in order not to slow the progress of their work.