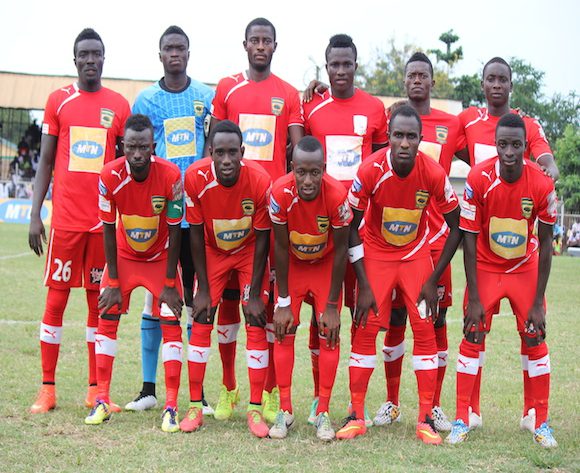 Asante Kotoko have agreed to play the Ghana Premier League derby against Hearts of Oak on Sunday afternoon despite suffering robbery attack this dawn at their hotel.

This was after a meeting between the club executives, President of the Ghana Football Association Kwesi Nyantakyi and the Premier League Board Chairman Abra Appiah at the Tadoma Hotel.

The robbery attack occurred at 2am with four unmasked robbers wielding machetes and kitchen knives broke into the rooms of the players and officials who were asleep.

They invaded the rooms of General Manager, Opoku Nti and Operations Manager, George Kennedy and attacked them.

They ripped bedsheets of their victims, tied their hands and legs before throwing them out of their rooms.

They bolted with GH?25,000 ? the total amount of money taken from the Operations Manager?s room and the head coach.

The Mile 7 Police Station has begun investigations into the robbery attacks.

Kotoko are 11th on the table and face a Hearts of Oak side occupying the 14th position.