When Cristiano Ronaldo first appeared for Portugal at a major tournament – on home soil at Euro 2004 – he could look around the dressing room and find the last of the Golden Generation – Luis Figo, Fernando Couto and Rui Costa. 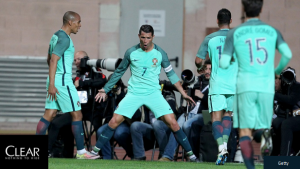 “They were the heroes when I was growing up,” Ronaldo told Uefa before the tournament. “Obviously I focused on them, but I knew where I was going: “I will play alongside them.””

He could also pick out Champions League winners in Ricardo Carvalho and Deco to name just two. Portugal were edged out by Greece in the surprise of the century in the final and Ronaldo has never had the opportunity to represent his nation on such a stage again.