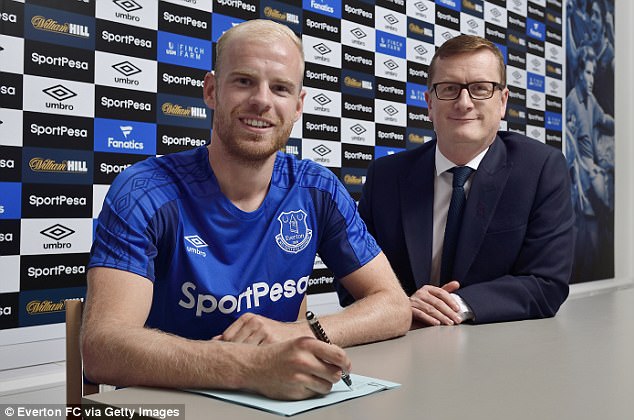 Everton manager Ronald Koeman hailed the signing of Ajax midfielder Davy Klaasen as a “leader” who can help the side in their quest to break into the top four in the Premier League.

The 24-year-old completed a 27-million euro (30.1-million dollar) move to Everton late on Thursday, having been convinced to join the club after speaking with Koeman.

“He’s a player who is only 24 but has a lot of experience and is a leader on the pitch,” Koeman told Everton’s website.

“He has already captained Ajax for two seasons and that shows you the type of person he is. He is hard working, likes to press and, of course, will give us more creativity and goals.

“It is another major signing for Everton…and I am really happy we have been able to complete the deal so early in the summer.”

Klaasen is the second major signing at Everton after Jordan Pickford became the most expensive British goalkeeper after joining in a deal worth 25 million pounds (28 million euros), which could rise to 30 million.

“The moment that I spoke with the manager directly I got a good feeling,” Klaasen said.

“He’s an honest guy, we talked about the club, about the way he wants to play and that gave me a positive feeling.

“I talked to him about the club and everything we want to achieve and he was really positive.

“It’s difficult to leave Ajax but I think this is a good step for me now and I’m really looking forward to my time here.”

Barcelona have a future thanks to me – coach Koeman

Why Messi wants to leave Barcelona

Messi informs Barcelona he wants to leave the club

Henrik Larsson returns to Barca as assistant to Ronald Koeman

Koeman: I want Messi to stay