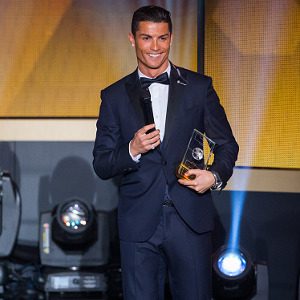 For a short while, it looked as though Cristiano Ronaldo – who had asked to leave Juventus – was heading to Manchester City after they missed out on the signing of Harry Kane.

Instead, he is heading back to the red side of Manchester.

Ronaldo spent six years at Old Trafford during his previous spell, arriving as a lanky teenager who loved a stepover and leaving as a Ballon d’Or winner and ice-cold finisher. His then-world-record move to Real Madrid had been a long time coming and he spent nine years at the Santiago Bernabeu, becoming the club’s all-time top scorer as he continued his transition from winger to out-and-out ‘number nine’.

There he won four Champions League titles before moving on to Juve, for whom he plundered 81 goals in 98 Serie A matches and picked up two Scudetti. But now he is returning to England.

Whether he can match the standards he set last time remains to be seen, with his 31-goal haul of 2007-08 only bettered once in a 38-match season, but United fans will be convinced he can fire them to a first league title since Ferguson left.

After a difficult spell under Pep Guardiola at Barcelona, Ibrahimovic – who had excelled at both Juventus and Inter – moved back to Italy, joining the Nerrazurri’s city rivals Milan on loan for 2010-11. He became an instant star for the Rossoneri, picking up where he left off in Italy with 21 goals, a tally he bettered in 2011-12, scoring 35 times in all competitions. Paris Saint-Germain came calling and he went on to become the Ligue 1 giants’ record goalscorer (a title now held by Edinson Cavani), before joining Manchester United and LA Galaxy.

Despite being in his late 30s, Ibrahimovic still had more to offer and rejoined Milan for the back half of the 2019-20 campaign, netting 11 goals. He carried on his form into an injury hit 2020-21, scoring a further 16 times, and he is set to be a pivotal figure at San Siro once again this season.

Part of the allure for Romelu Lukaku returning to Chelsea was to emulate his icon Drogba, who left Stamford Bridge after helping the Blues clinch a Champions League crown in 2012. The Ivorian went back to west London in the 2014-15 season, with Drogba explaining he could not turn down the chance to work with Jose Mourinho once again. He scored four league goals in 28 appearances to help Chelsea win the title, before heading off for a swansong in MLS with the Montreal Impact.

Another Premier League great, Henry rejoined Arsenal on a short-term loan deal at the start of 2012. He scored on his second debut against Leeds United in the FA Cup, converting his only attempt of the game in a 22-minute cameo from the bench. He went on to play a further six times, scoring in the Premier League against Sunderland, before he returned to the New York Red Bulls to round off a wonderful career.

The Tevez-Boca love affair has dominated most of the striker’s complex career. After coming through their youth ranks, the feisty forward was seen as the heir to Diego Maradona. A brief stint in Brazil with Corinthians followed, but Europe had long since beckoned, even if West Ham were by no means the expected destination.

He went on to play for Manchester United and City, increasing tension between the clubs, before then going to Juventus. But throughout this time Tevez seemed to long for a return to Boca.

He went back to La Bombonera in 2015, his homecoming interrupted by a brief spell with Shanghai Shenhua in 2017 in the Chinese Super League, though even Tevez acknowledged he saw his time in China as a “holiday”. “He filled Santa’s sack with dollars and now he has returned to Boca,” was Maradona’s assessment upon the forward’s return from the CSL. His third spell with Boca ended in June 2021 and it remains to be seen if he ever plays for another club.

With Lukaku joining United in 2017, it opened the door for Everton to bring back Rooney, who had left his boyhood club in 2004 on the back of a stellar performance at Euro 2004. Then just 18, Rooney went on to become United’s record goalscorer – and England’s, too – and he returned to Goodison Park for the 2017-18 season.

He scored on his league debut, heading in the winner against Stoke City, and though he netted 11 times in total for the Toffees, a difficult season saw Ronald Koeman sacked and replaced with Sam Allardyce, who was subsequently shuffled out of the door for Marco Silva. With Everton looking to go in a new direction, Rooney left to join MLS side DC United in 2018.

Buffon likes a comeback. Having returned for a second spell at Juventus in 2019, the goalkeeping great departed the club for a second time at the end of 2020-21.

The Italy legend had not finished playing yet, though, and Parma quickly emerged as a potential destination despite their relegation to Serie B.
After a few weeks of contemplation, it was confirmed that Buffon was heading back to the club where he made his name. Now 43, the iconic stopper is wearing Gialloblu for the first time in 20 years, and he is set to remain with them until he turns 45, given he signed a two-year contract.

What happens after that is anyone’s guess, but calling it a day with his first club could be a satisfyingly romantic conclusion to a remarkable career – that or he ends up at Juve again.