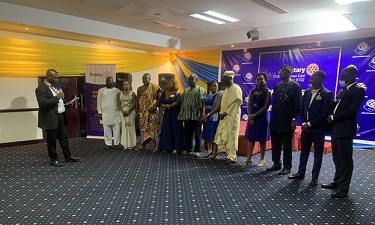 The Rotary Club of Kumasi-East has begun mobilising funds for the establishment of an eight-bed Intensive Care Unit (ICU) at the Kwame Nkrumah University of Science and Technology (KNUST) Hospital in Kumasi.

The aim is to help alleviate the current pressure at the Komfo Anokye Teaching Hospital (KATH), the largest referral facility in the northern sector, and improve the quality of health care in the Ashanti Region.

Nana Kofi Ayesu-Boahene, President of the Club, speaking at a Fundraising and Presidential Ball in Kumasi, said the centre upon completion would be the second of its kind in the region after KATH.

He explained that ICUs were critical in delivering top class health services to the people, which was why the Club was keen on assisting the management of the KNUST Hospital to set up the center.

Nana Ayesu-Boahene said the Club would be undertaking a series of life relieving projects in the next few months.

They would include cervical cancer screening, screening on Hepatitis B, sanitation project, equipping dormitories of Ashanti school for the Deaf, the establishment of an ICT center at Atasemaso M/A JHS, and installation of X-ray equipment at Holy family Hospital at Nkawkaw.

He said the Club would remain resolute in solving problems in some deprived communities in the region and beyond in the areas of health, education, sanitation, and provision of potable drinking water.

Dr. Ababio Hanson, Head of Clinical Care, KNUST Hospital, said following the number of critical cases recorded at the Hospital, the siting of an ICU center was essential in providing response to these crises.

He explained that the Hospital now had a very huge population to cater for with the growing population at the University and adjoining communities.

“An ICU setting for the Hospital is so essential,” he noted, adding that, they could not always rely on KATH for referrals since the latter had only six ICU beds.

Dr. Hanson called on institutions and philanthropists to donate massively towards the establishment of the center.

The occasion was used to swear in newly elected executives for the 2021/2022 Rotary year.