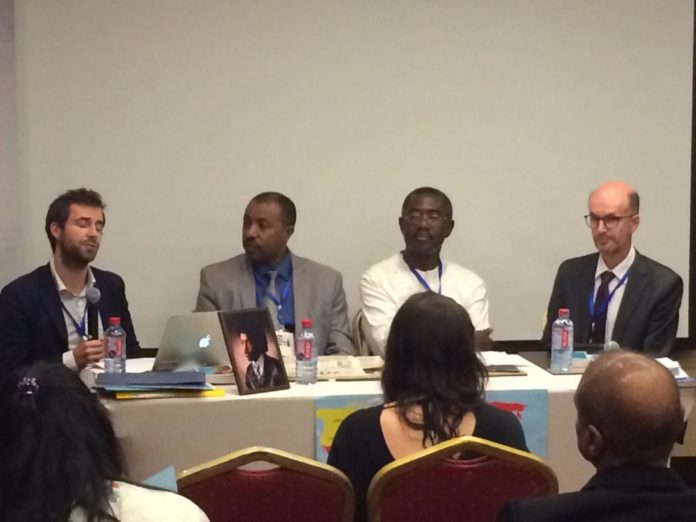 Reporters without Borders (RSF), an international non-profit, non-governmental organization that promotes and defends freedom of information and freedom of the press, at the climax of this year’s World Press Freedom, has renewed its call on the government of Eritrea to urgently release the detained journalists.

The group also reiterated its demand for the government to lift the ban on independent media and restore Freedom of Expression in Eritrea because it was in breach of the African Charter as well as of other regional and international Conventions and Rules.

Mr Bjorn Tunback, A board member of the Swedish section of the RSF quoting a recent report released by the UN Commission of Inquiry on Human Rights in Eritrea, said crimes against humanity had been committed in a widespread and systematic manner in Eritrean detention facilities, military training camps, and other locations across the country over the past 25 years.

He said, “Eritrea is an authoritarian State. There is no independent judiciary, no national assembly and there are no other democratic institutions in Eritrea.

“This has created a governance and rule of law vacuum, resulting in a climate of impunity for crimes against humanity to be perpetrated over a quarter of a century. These crimes are still occurring today”.

Mr Tunback noted that since the clampdown in September 2001 many journalists who had been detained have never been sentenced and had been kept at undisclosed locations.

As at March 2018, Mr Tunback said, the RSF had recorded 11 journalists in detention in Eritrea while another Press Freedom organisation, Committee to Protect Journalists, had in their research counted 157 people.

“Here it should be said that both Press Freedom organisations only record journalists imprisoned in relation to their work, not for ordinary crimes.

“The fact that the number of journalists in detention is uncertain is a clear sign of the secretiveness of the government in Asmara. It is a symptom of a lack of rule of law,” he said.

Mr Arnaud Froger, RSF Director of Africa Bureau, said the government consistently labels perceived critics as traitors and those found guilty of such a “crime” were severely punished.

“Overall, it should be noted that Eritrea is ranked as one of the worst countries in the world when it comes to Press Freedom and Freedom of Expression.

“The country has been at the bottom of Reporters without Borders Press Freedom Index for years. The fact that North Korea was ranked lower in 2017 is a result, purely, of the fact that foreign reporters, lately, have actually been allowed to visit the country after being shut out for many years.