News Ghana
Home Opinion Featured Articles RTI Legislation: Are we going back to the era of unfulfilled promises?... 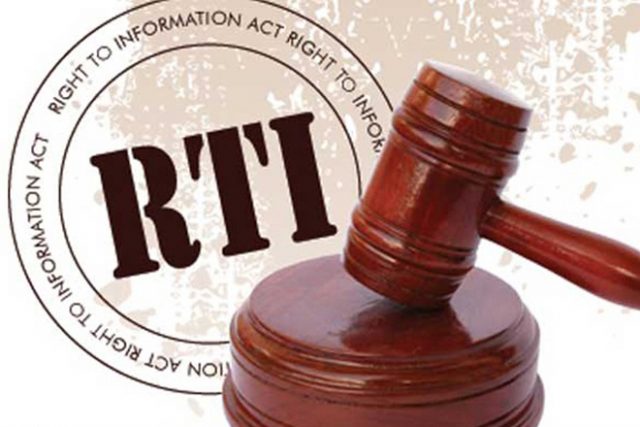 On 7th January 2017, RTI advocates, the media and other sympathizers of the age long campaign for the passage of the RTI Bill observed with dismay as the 6th Parliament of the 4th Republic of Ghana dissolved without fulfilling the many promises made on the passage of one of, if not the oldest, Bill in Parliament, the RTI Bill, which was introduced to that August house in December 2013.
For those who are familiar with political antics and maneuvering in Ghana, the failure to pass the RTI Bill did not come as a surprise. But it took little time before the expectations of those who may have been optimistic about the passage of the Bill were dashed abruptly. Indeed for these optimists, it came as a rude shock when Members of Parliament began a political tussle of which political party would take the glory of being the government to pass the Bill into law, when as a matter of fact, both governments have had the opportunity of deciding the fate of the Bill at one point or another.
A common trend that cuts across the political divide is the consensus that there is a need to put the RTI legislation in place. However what is lacking has been the political will to actually pass the law. As a cover up for this leadership weakness, political leaders resorted to making promises and giving assurances of their commitment on public platforms as a way of dousing the skepticism of the masses who continue to be patient and tolerant of the rhetoric that has over the years been associated with the passage of the Bill. Every single international event/platform on corruption and transparency became an opportunity to showcase this commitment which sadly, is yet to materialize.
Today, with a new government in power, the promises and assurances have continued. The President and the Vice President as well as other government officials have expressed their desire to see the speedy passage of the Bill. His Excellency, the Vice President, Dr. Mahamudu Bawumia Speaking about the RTI Bill and the new government’s resolve to fight corruption at a Good Corporate Governance Initiative event in Accra on Tuesday, January 31st, 2017, stated as follows:  “we are going to have to push parliament to make the necessary amendments and if I had my way, it should be passed within these first 100 days of this government”
Additionally, on May 3rd 2017, the Minister for Information speaking at a public lecture organized by the GJA to mark the International Press Freedom Day categorically stated ‘As per the calendar that we have sent to Parliament, it is in there that in the May to July 2017 Session of Parliament, the RTI Bill will be before them for debate and passage. It’s non-negotiable”
Despite these resounding promises and assurances, the 7th Parliament on May 30th 2017, resumed its second sitting for the year 2017, but to the chagrin of Ghanaians, the RTI Bill was conspicuously missing on the agenda. Although several other Bills were listed and the agenda indicates that other Bills would also be considered; one would have thought that the one and only Bill that has generated a lot of public comments and criticisms would have been the no 1 item on the agenda, at least to encourage the public that this government does not intend to sleep on its promises.
Ghanaians would recall how the 6th Parliament was cajoled and criticized with the hope that they will pass the RTI Bill before that Parliament lapsed, but all the calls and pleas fell on deaf ears. The 6th Parliament adopted a snail speed approach to the debate and discussions on the Bill as though they had a lifetime in Parliament to pass the Bill. It would appear that the 7th Parliament is desirous of adopting the same approach, as could be discerned from the statement by the Acting Director of Public Affairs, Ms. Kate Addo, when she stated: ‘Parliament has the luxury of time before its tenure ends therefore there is the possibility of it being passed at some point’
Some of the Bills listed on the agenda include National Employment Bill 2017, Ghana Cocoa Board (Amendment Bill) 2017 and Ghana Railway Development Bill, 2017, to mention but a few, however, none of these Bills is as old and urgent as the RTI Bill. The RTI Bill is crucial and fundamental to all other Bills that Parliament may decide to consider. Indeed, without information, Parliament will be unable to effectively scrutinize Bills to enable their passage into law.
Having come from an era of empty promises, it will be very crucial and refreshing for the 7th Parliament to prioritise, without public pressure, the debate and discussion of the RTI Bill and for the NPP government to re-write this history and deliver to Ghanaians this all important legislation.
By Ugonna Ukaigwe,
Commonwealth Human Rights Initiative (CHRI), Africa Office.
Disclaimer: News Ghana is not responsible for the reportage or opinions of contributors published on the website.