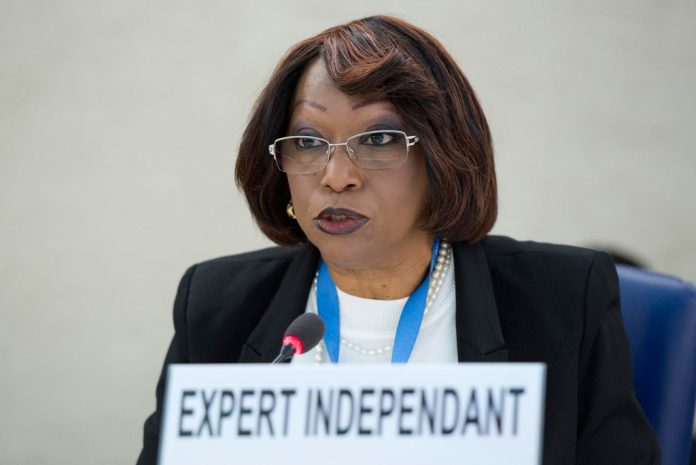 A United Nations expert has cautioned the government  of the Central African Republic (CAR) to take steps to repair the “unsustainable” situation amid the spread of armed groups and increasing human rights violations.

The independent expert on human rights in the country, Marie-Thérèse Keita Bocoum, said action by armed groups was spreading at a “worrying” rate in central and southern areas, particularly in the regions of Ouaka, Mbomou and Basse-Kotto.

“This situation is unsustainable and the country must regain the integrity and sovereignty of its territory without further delay, to ensure security and the rule of law,” said Ms. Keita Bocoum*.

She warned of the consequences of these “unacceptable” human rights violations and said it was a matter of regret that the perpetrators remained free and investigations were not being conducted. Rumours were spreading freely and were fuelling revenge attacks, she noted.

The independent expert said the violence, and the lack of a strong government response, had sparked public outrage and “cries of distress” from citizens who needed protection.

“The State has an obligation to protect the population,” said Ms. Keita Bocoum. “The international community, especially the UN stabilization force MINUSCA, must work alongside the State to implement this responsibility effectively.”

She added: “The fight against impunity is essential to solve the country’s crisis. It is heartening to see some progress on this front, such as the appointment of a special prosecutor at the Special Criminal Court and the establishment of a National Commission on Human Rights and Fundamental Freedoms.

“But these steps forward must be placed in the framework of a national human rights policy, which gives people equal access to their economic, social and cultural rights.”

The expert reiterated the need for human rights violations to be investigated “without further delay” and suspects arrested for alleged violations they had committed, ordered or allowed, individually or collectively.

She also invited the Ministry of Justice to strengthen the resources of national courts, to ensure an effective judicial presence in the towns where they are operating.

“The authorities I met, including the diplomatic corps, government and parliament, unanimously affirmed their determination to combat impunity and to rule out any possibility of amnesty for war crimes, crimes against humanity and genocide, in accordance with the Bangui forum, the CAR constitution and the international conventions ratified by the Central African Republic,” said Ms. Keita Bocoum.

Welcoming the publication of a UN mapping report on CAR human rights violations, she stressed the need to continue documenting violations and to protect and assist victims and witnesses, so justice could be done and no serious incident left unpunished.

While the humanitarian situation remains critical, the independent expert highlighted the availability of natural resources, and encouraged the national authorities to assess the access to social and economic rights and to ensure control over the resources in order to explore economic opportunities and give signs of hope to the youth.

Ms. Keita Bocoum also noted the conflict’s disproportionate impact on women, reiterating a recommendation to strengthen their presence in peace and security negotiations and in development efforts. As well, she called on the government and international community to support reconciliation and social cohesion initiatives, and to find strategies to boost entrepreneurship and youth employment.

As well as meeting the government, parliamentary and diplomatic corps representatives, the expert also met officials from civil society, political parties, NGOs and the UN, as well as representatives of victims and displaced people in Bangui and Obo.

Ms. Keita Bocoum will report on her findings to the UN Human Rights Council and will present her final report in September 2017.

Kenya down, six more high-stake elections to go in Africa by March 2023

With eight years left to 2030, bold actions are required for Africa to feed herself