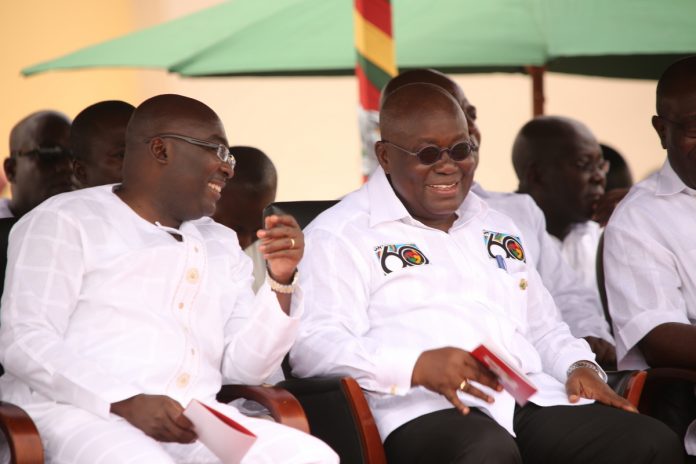 The Strategy was that, Mahama used the NDC numbers in Parliament in collaboration with some competitors within NPP who sees Dr. Bawumia as a THREAT to their Presidential ambition to frustrate all the revenue mobilization efforts of government so that Akufo-Addo’s government will have no option than to go to the IMF and when that happens according to their mischievous logical reasoning it will:

1. create credibility deficit to the brand of Dr. Mahamudu Bawumia and members of the Economic Management Team of Akufo-Addo’s Government.

2. Equalize the argument that both Mahama and Akufo-Addo all went to the IMF for bailout.

But one thing is certain that, majority of Ghanaians can read between the lines that Dr. Mahamudu Bawumia is still a good material for the Presidency no matter the hatred and scheming against his brand.

As stated earlier, NPP is not against IMF in principle, and also our reasons for seeking IMF in 2022 are completely different from that of John Mahama’s administration in 2015.

Where are the so called braggart NPP’s billionaires and millionaires as the NPP government heading to the IMF for support?

Akufo-Addo’s government would NOT have gone to the IMF at all if the so called NPP members who claim to be billionaires and millionaires have extended their respective patriotic financial assistance to the Government to deal with the revenue shortfalls for 2022 Budget.

No one will be allowed to hide behind IMF to run down Akufo-Addo’s Government at the expense of pushing his unrealistic Presidential ambition. For their own integrity, they should rather shut up and cease singing the same songs of John Mahama and NDC.

Some people have seriously benefitted from the brand and platform of NPP more than they have spent on the party yet they are the ones quickly making ugly noises as if without them NPP will collapse, what an outmoded strategy.

NPP Government shall bounce back stronger after the end of IMF partnership and certainly Victory 2024 is assured no matter who lead the party as a Flagbearer for the 2024 general elections.

John Mahama lost 2016 largely due to incompetence and not as a result of going to the IMF.

Jinapor jabs Bawumia over lecture on Ghana’s return to IMF