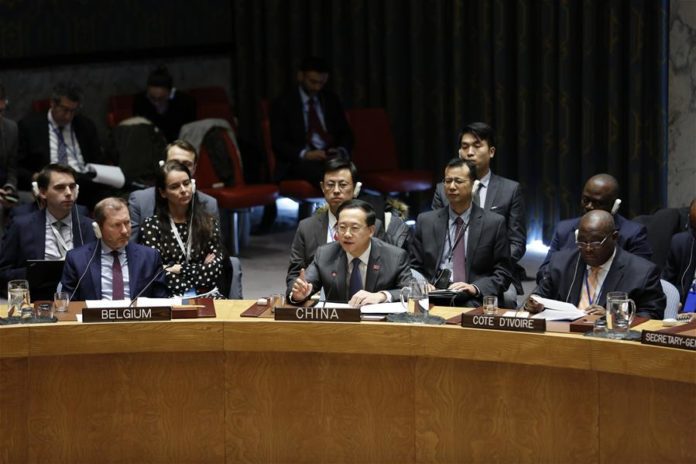 Deputy foreign ministers of Russia, China and Iran reached a broad consensus on the Joint Comprehensive Action Plan (JCPOA) during an online meeting and agreed to strengthen coordination on the issue, the Chinese Foreign Ministry said on Tuesday.

According to the statement, China, Russia and Iran will strengthen coordination and interaction in order to ensure that negotiations to resume implementation of the JCPOA are moving in the right direction, and to achieve positive results as soon as possible.

In 2015, Iran signed a nuclear deal, known officially as the Joint Comprehensive Plan of Actions, with the P5+1 group, which includes the United States, China, France, Russia, the United Kingdom, Germany and the European Union. It required Tehran to scale back its nuclear program and drastically reduce its uranium reserves in exchange for sanctions relief, including the lifting of an arms embargo five years after the deal was made.

In May 2018, the US abandoned its conciliatory stance, withdrawing from the JCPOA and implementing hardline policies against Iran, prompting the latter to largely abandon its own obligations under the accord.

Since April, Vienna has been hosting talks aimed at preventing the Iran nuclear deal from failing altogether. The sixth round of the talks finished on June 20 but the negotiations have since hit a deadlock.

In October, both Tehran and Washington affirmed their readiness to revive the Vienna talks as soon as possible.