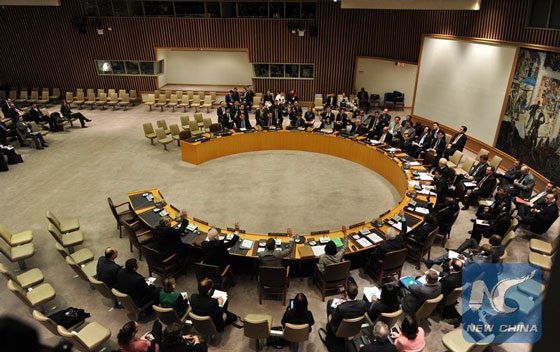 Diplomats said on Tuesday that the Council originally planned to vote on the resolution on Tuesday afternoon, but Russia had asked for a procedural 24-hour review of the document.

The United States circulated the draft resolution to the 15-nation Council last week. The resolution aims to impose new sanctions on DPRK to curb the country’s nuclear program.

The DPRK conducted its fourth nuclear test in January. It has previously conducted three nuclear tests in 2006, 2009 and 2013, respectively.

Right after the DPRK’s first nuclear test, the Security Council adopted a resolution to impose sanctions on the DPRK and set up a sanctions committee.

In response to nuclear tests conducted by the DPRK in 2009 and 2013, the Security Council adopted another three resolutions to strengthen various sanctions on the DPRK, which include an arms embargo, an embargo related to nuclear, ballistic missile, and a ban on the export of luxury goods.