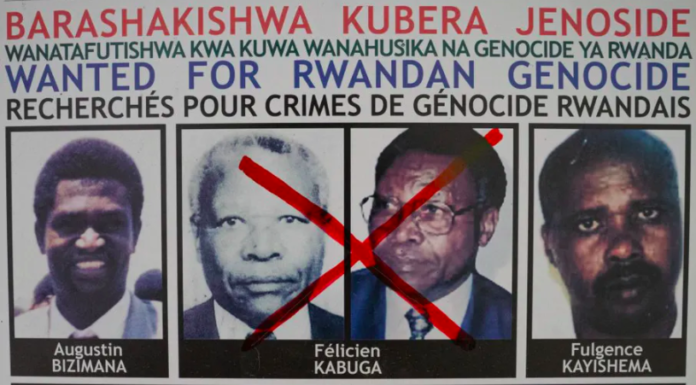 Rwanda on Tuesday remembered politicians killed during the 1994 genocide against the Tutsi, at the end of the mourning week of the 27th commemoration, calling to fight against the persistent denial of the genocide by perpetrators and accomplices.

The ceremony took place at the Rebero genocide memorial in Kicukiro district, Kigali, where wreaths were laid on the graves of 12 prominent politicians.

It was attended by senior officials led by Augustin Iyamuremye, President of the Senate, families of fallen politicians and members of the diplomatic corps, among others. Remains of more than 14,400 genocide victims are buried at the Rebero memorial site.

“As we remember today the fallen politicians who were killed for standing out against the 1994 genocide against the Tutsi and the bad leadership of the genocidal regime, we are continuing to notice genocide denial and trivialization among perpetrators and their accomplices roaming freely abroad,” said Iyamuremye during the ceremony.

Solange Uwingabe, spokesperson of Rwanda’s National Consultative Forum of Political Organizations, called on political parties and politicians against divisive politics, and instead promote unity, peace and equality among all Rwandans.

While the official mourning week closed on Tuesday, genocide commemoration activities will continue until July 4 to mark the 100-day calamity, during which over one million people, mainly Tutsi were killed.