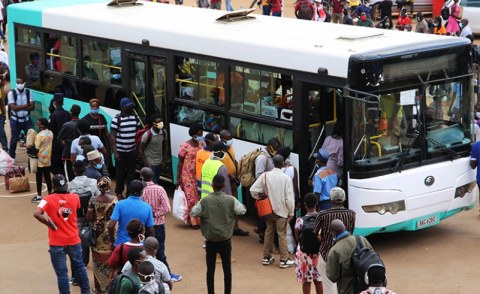 The Rwandan cabinet on Tuesday approved resumption of transport between provinces and motorcycle passenger service, which had been banned previously as COVID-19 preventive measures.

However, cross-province transport to and from districts of Rusizi and Rubavu in western Rwanda and motorcycles carrying passengers in the two border towns are still prohibited, said a statement on cabinet decisions issued on early Wednesday.

Nationwide cross-province transport and motorcycle passenger service should have resumed on Monday as stated in a statement on May 18 cabinet decisions, but the government halted the resumption after reassessing the situation.

Five cases were reported in Rusizi that borders Democratic Republic of the Congo (DRC), according to Health Minister Daniel Ngamije, one day after the landlocked country reported the first COVID-19 death, who was a 65-year-old truck driver back from a neighboring country after falling seriously ill.