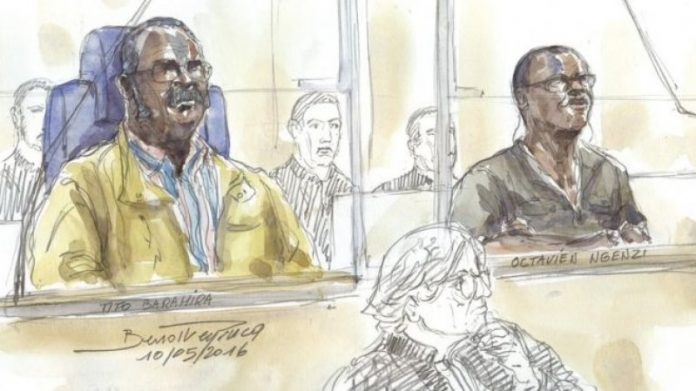 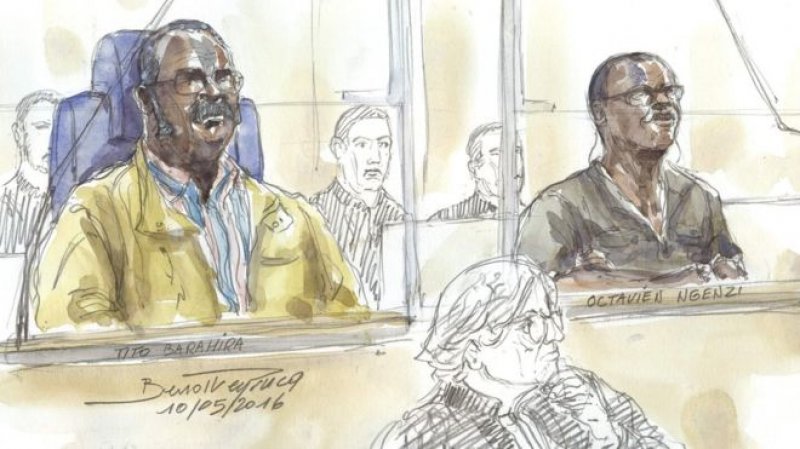 A French court has sentenced two former Rwandan mayors to life in prison for their part in the 1994 genocide.

Tito Barahira, 65, and Octavien Ngenzi, 58, were found guilty of crimes against humanity and genocide.

They were accused of playing leading roles in the massacre of 2,000 ethnic Tutsis who sought refuge in a church in the town of Kabarondo.

About 800,000 people, mostly Tutsis, died at the hands of Hutu extremists during the Rwandan genocide.

It is the second case of its kind to be brought in France, after Rwandan army captain Pascal Simbikangwa was jailed for 25 years over the mass killings.

Attacks on Tutsis in Kabarondo began soon after Rwandan President Juvenal Habyarimana was killed in a rocket attack on his plane, the trigger for the violence.

Survivors of the church massacre testified at the two men’s trial. Marie Mukamunana said she lost seven children and her husband, killed by machetes and grenades.

“Someone said ‘don’t waste the bullets’ and they continued with machetes,” she said.

A lawyer for the civil parties in the case, Gilles Paruelle, said: “To kill one man, hatred is sufficient. To kill 1,000, you need organisation.”

Both men had denied any involvement in the killings.

The pair were arrested separately on French territory a few years ago and have been in custody ever since.