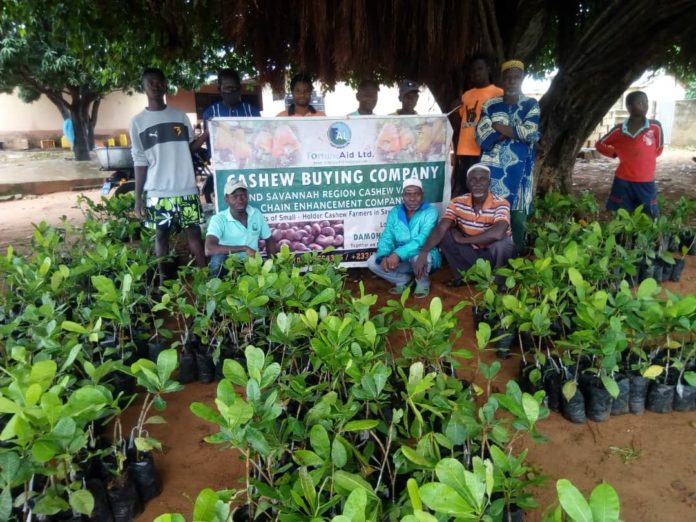 Mr.Sumani Iddrisu popularly known as Don Diego De Azambuja, the CEO of FortuneAid who doubles as the president of the West Gonja Municipal Co-operative Cashew Farmers and Marketing Union Ltd and Savannah Regional Executive Secretary of Association of Scale Industries (ASSI) of Savannah Region expressed gratitude to OLAM Ghana for supporting them with the seedlings.

According to him,the livelihood intervention by OLAM Ghana is to support farmers with high yielding cashew seedlings to increase production and in turn provide ready market to the cashew farmers through FortuneAid.

“FortuneAid is in collaboration with OLAM Ghana Limited to procure raw cashew nuts from farmers.As a result, the collaboration has led to the purchasing of raw cashew nuts in the Municipality.And after purchasing of the cashew, OLAM Ghana has a livelihood intervention to supply farmers with high yielding cashew seedlings for expansion of their farms and we basically intervene with the Agronomical practices-distribution of the seedlings,transplanting and proper management of the farms,”he said.

With his over ten years of experience in the cashew value chain,Mr.Azambuja identified the marketing aspect, low production and flatuating prices as the main challenges in the value chain.

COVID-19, he noted, has affected the marketing aspect of cashew since, buyers from India among others who offer better prices are scared away compelling farmers to abandon their cashew nuts in the farms.

Mr.Ambrose Haruna, the Damongo Branch VisionFund Manager and a Board Member of FortuneAid Limited disclosed that each farmer is entitled to 40 seedlings which is sufficient to cover an acre of land.

He said the intervention by OLAM Ghana will contribute to poverty eradication by boosting the capacity of farmers to go into commercial production of cashew.

Whilst commending OLAM Ghana for the intervention, he assured the NGO of fruitful returns, adding that,it was their hope to expand such interventions to cover cashew farmers in the entire Savannah Region.

The Management Information Systems(MIS) officer for the department of Agriculture,Mr.Ezekiel Gariba Kwesi, lauded the intervention by FortuneAid together with its partners.
He revealed that it is a way of complementing government effort in the area of Planting for Export and Rural Development.

According to him,the lack of database to give a vivid picture of the total number of cashew farmers in the Municipality remains a challenge his office is trying to address.

He noted that most of the farmers aside the lack basic management skills to properly keep their farms,also concentrate so much on the annual crops than cash crops because,the tree crops do not bring immediate benefit.

Hopeful Ezekiel however said there is hope in sight with such interventions from OLAM Ghana and encouraged farmers to see cashew production as a long term income source so that when the annual crops fail, they can rely on the cash crops.

Some of the farmers who spoke to PAD FM’s Ananpansah B Abraham expressed gratitude to OLAM Ghana and FortuneAid for the intervention and pledged to put the seedlings into good use.
They were hopeful the intervention would go a long way to boost cashew production in the Municipality. 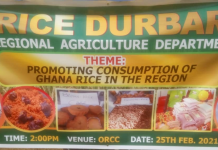 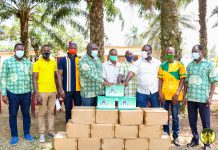