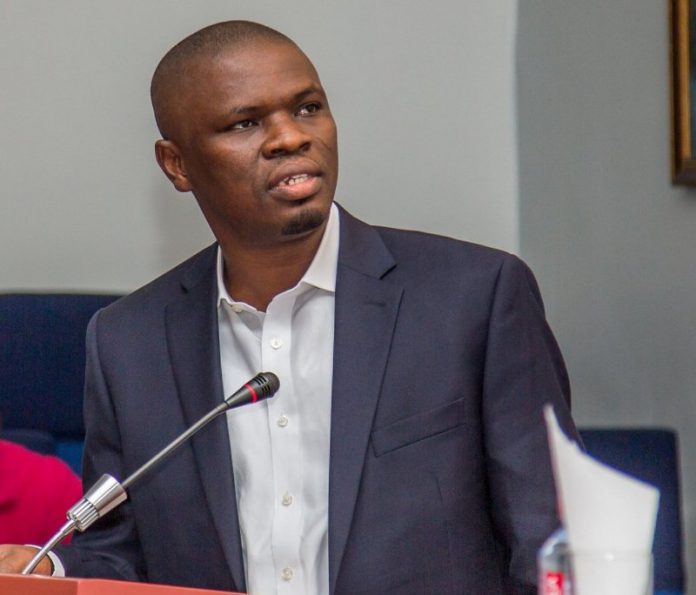 According to him, the failure of the Black Stars in the ongoing World Cup in Qatar is owed to his indecisiveness and constant kowtowing to leadership of the Ghana Football Association(GFA) blindly.

To Countryman Songo, there will be a need for a decisive individual at the helm of affairs at the Sports Ministry in order to shape the Black Stars and sports in general

He alleges that Mustapha Ussif has become the stooge and that is worrying.

Speaking on Asempa FM, he said “The bigger problem is the Sports Minister. He is afraid of Kurt Okraku. Akufo-Addo has to sack the Sports Minister. He has no legacy. Ghana messed up at CHAN, he made us disgrace ourself at the world cup too. He follows the Black Stars like an errand boy. The Sports Minister is like a goro boy, an errand boy. I say fire burn him. He is so obsessed with the Black Stars because there is money there. I will make sure I teach him a lot of sense. I call on the Auditor General and EOCO to investigate the Minister. They should investigate all the friendly matches played before the world cup by the Black Stars and the monies paid by FIFA to Ghana, I expect that EOCO and Auditor should investigate.”

He said “the Minister said times are hard and that the state will not take supporters to Qatar but he did just that. He wants to be smart so he said it’s sponsorship. But to me, every sponsorship is Ghana’s money. I am calling on EOCO and Auditor General to investigate the Sports Minister because he wants to capitalize on Qatar to make money”.

High cost of air tickets during tournaments to be addressed