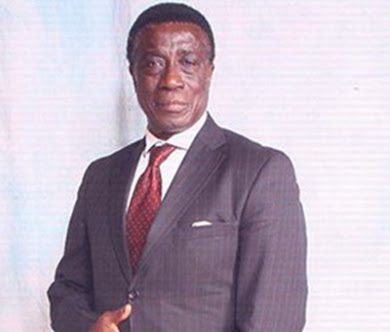 Akro, Akro, Red Akro! so sad that you have passed on so soon when your beloved party so needed your cool head and your conciliatory ways.? I am truly saddened that i will not be able to meet you in Ghana this August especially since we could not meet when you were down in London earlier this year. How does one pay tribute to a political comrade who always tried to bridge the gap between the great divide in our party and who was always prepared to be persecuted for his beliefs, except to capture some of the good work you ?did for the party over the recent years and applaud your enthusiasm for moving the party forward.

I?had known of you since our secondary school days; we would have been classmates if you had continued to the sixth form at Ofori Dankwa?sGhanass at Koforidua.? We met when you had visited the school and then i also heard of you in dispatches as you led the valiant fight against Acheampong?s regime as a student leader ? Red Akro because of your socialist bent!

We met in London ? Brixton,where we both pursued the cause to bring economic advancement to African heritage communities.? I had executed a project with the Black Contractors Association to assist them win contracts by providing them with professional help in getting their documentation and their bidding done professionally and you were the architect that worked with them.

I invited you to join the fledging Ghanass Old Students Association and you contributed your bit.? I asked that you join us in the London Branch at the CPP and you obliged, willing to contribute your knowledge and erudition in the monthly meetings focussing on the Forum of Nkrumaist Thought and Action.? You were always brimming with ideas on the built environment and development which you translated into innovative policy initiatives that would move our party and country forward. I enjoyed your enthusiasm but not being a fellow traveller in the socialist cause Ii also almost always engaged you in debate on the need for Applied Nkrumaism of the new century.

I recall all of the ?endless? ??to be continued? discussions we held on how to achieve a common ground that would embrace fully all the phalanges and rumps in the mother party. Sadly we shall not have any again.? I also remember the ?more discussions? we held on what the party need when you decided on your gradual relocation to Ghana.? I remember your decision that your role would be to provide support and yet critical friendship to leaders back home.

Ever the optimist you sought to infect some of us with your hopes about the future of the party and pledged that you would continue to work with whoever would listen, providing intellectual rigour to support some of the positions taken by the party.

I remember the way in which you stood in to pay tribute to the late President ?John Mills when the CPP representative did not show up on time and your generosity in ensuring that the CPP will have a place to meet, at the church where you worship and where you are also a lay Methodist preacher.

We have lost a well rounded pillar of the party, a conscious Pan Africanist brother so at ease with our brothers and sisters from the islands and different parts of the continent, a religious preacher who was also a socialist, a technical designer, a true CPP strategist who never allowed the door to shut on anyone in the wider family and who sought to build bridges within the broad church.? but we have also lost a loving father.

As we mourn your tragic loss in the most cruel of circumstances, I, along with ?many ?sons and daughters of the mother party?, ?hope that we can emulate your example and pull together as one family in tribute to you and the other fallen giants to recapture power to provide the national leadership and set the country on the path to sustainable development and prosperity? that it so desperately needs

Information about novel coronavirus shall be passed on in rational manner

King Kong Bundy Has Passed On

Carmen Argenziano has sadly passed on

Death lays its icy hands on another NPP member