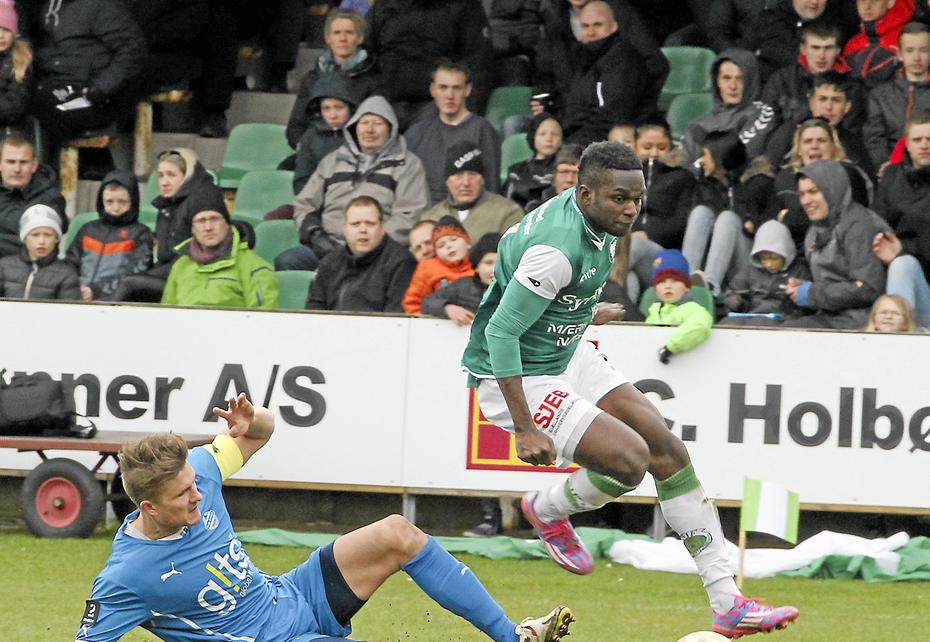 Sammy Adjei in action for club in Denmark

Ghanaian youth attacker Sammy Adjei Jr. has gotten his Danish spell on the right track as he has bagged two goals and provided an assists in his opening two games for N?stved in the country?s third-tier football league.

The former New York Red Bulls academy graduate, 22, has scored in both of  N?stved 3-0 wins against N?sby and Brabrand.

In his debut game for the club, which came in the 3-0 triumph over Brabrand, Adjei assisted goal and cemented the victory before home crowd at the N?stved Stadion.

On Thursday afternoon, he scored his second goal to maintain his fine form and play to expectations from fans and Danish lower-tier football followers who watched him last season at FC Sydvest.

?I?ve started well and I hope to continue with my form for my new club and score more goal to help them win promotion,? he mentioned in an interview with GHANAsoccernet.com.

N?stved, who signed the son of the former AshantiGold and Ghana international on a one-year-contract, are occupying second spot and are chasing for promotion ticket in the Division 2 West League.