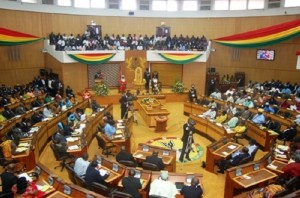 Twelve New Members of Parliament (MP) from 12 constituencies in the Central Region would grace Parliament when the house is dully reconstituted in 2017.

Eleven of the twelve new entrants are all New Patriotic Party (NPP) MP’s while four of them are females.

There had been some interesting outcomes from Wednesday’s Presidential and Parliamentary elections in the Region.

Mr Samuel Atta Mills, younger brother of the late President, Professor John Evans Atta Mills broke the jinx of the KEEA seat which had been described as the sole preserve for “Doctors” since the inception of the fourth Republic.

From its voting pattern in the previous elections, the Region had underlined its “statement” that it was not a ‘sure banker’ for any political party and therefore was at liberty to swing to the side of whichever party it deemed capable of turning the fortunes around during elections.

Political analysts believed the Region was a determinant of whoever would win an election and therefore became the homegrounds for many politicians as they trooped there severally during the campaign period.

This time around, the NPP have benefited immensely from the 2016 general election in the Region.

Its Presidential candidate, Nana Addo Dankwa Akufo-Addo polled 496,668 of the total votes cast as against 405,262 by the Incumbent President John Dramani Mahama of the NDC.

The Region in addition, cemented its love for the Party by giving it 19 of its 23 parliament seats during which two die-hard NDC seats inTwifo Atti- Morkwa and the Ekumfi Constituencies were annexed.

The Twifo Atti-Morkwaa seat was won by Mr Abraham Dwumah Odoom, a former Deputy Minister of Health in the Kufuor’s administration with 21,231 of the 36,506 total votes cast after several attempts while Mr Kingsley Ato Cudjoe, an accountant, won the Ekumfi seat by 12,217votes.

Two of the only four seats won by the National Democratic Congress (NDC) in the Region were the ones retained by the Regional Minister, George Kweku Ricketts-Hagan in the Cape Coast South and his Deputy, Queenstar Pokuaa Sawyer in Gomoa.

The party had 16 seats in the run up to the elections and was confident of winning four additional one but shockingly lost 12 of them to the NPP.

Some big shots in the Region including Minister of Foreign Affairs and Regional Integration, Mrs Hannah Serwaa Tetteh became prey to the wind of change.

Six of the sixteen women who contested for the 23 parliamentary seats in the Region got the nod to be in the next Parliament..