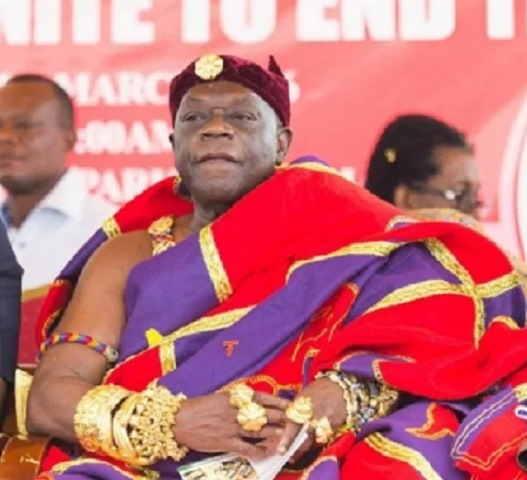 The Paramount Chief of Assin Kushea and President of the Owirekyiman Traditional Council, Ehunabobrim Prah Agyensaim VI has stressed the need for sanitation laws in the country to be enforced to the latter.

He said for Sustainable clean environment, sanitation offenders must be made to face the full rigorous of the law without discrimination.

Ehunabobrim Prah Agyensaim made the call in an interview with the Ghana News Agency (GNA) at his palace at Assin Kushea at the weekend.

He noted that selective enforcement of sanitation laws was the reason many people continued to flout the laws with impunity while sanitation challenges persisted.

He said people must be made to appreciate the consequences of breaking the law by being punished without partiality.

Through the leadership of Ehunabobrim Prah Agyensaim, Assin Kushea has made the Town one of the cleanest towns in the country and a model of emulation for many communities.

Children have been conscientised to keep their environment clean and have the right to order whoever will litter indiscriminately to pick their waste from the ground.

The modest achievement, he said was as a result of years of his unwavering determination and commitment to achieve a clean town adding that achieving a clean environment was a process.

The Paramount Chief also spoke about how school children could be taught that it was not right to litter indiscriminately on the ground and made sanitation ambassadors to serve as a check on the elderly.

Commenting on the outbreak of the COVID-19 pandemic in the country, Ehunabobrim Prah Agyensaim commended the Government for the measures put in place and pledged the support of Nananom for a successful implementation of the directives.

He implored the general public not to panic but adhere to the guidelines issued by the World Health Organisation (WHO) and the Ghana Health Service (GHS) to stay safe during the period.