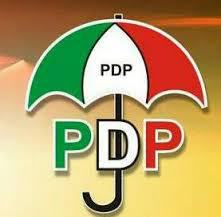 The Peoples Democratic Party (PDP) on Tuesday congratulated newly elected Senate President, Dr Bukola Saraki, his deputy, Senator Ike Ekweremadu as well as the new Speaker of the House of Representatives, Hon. Yakubu Dogara, noting that their elections underscore the fact that no section of the country should be neglected on national issues.The Party, in a statement by its National Publicity Secretary, Chief Olisa Metuh, described the development in both chambers of the National Assembly as ?victory for democracy and triumph of the time-honored value of the PDP that every zone and segment of the country must at all times be given a sense of belonging in governance?.

The PDP assured that it would continue to partner with like minds in other political parties and groups to ensure that the nation?s democracy, which it nurtured in the last 16 years is sustained in the overall interest of the Nigerian people.According to the party, ?What is paramount to the PDP is the sustenance of our democracy and the wellbeing of our people, irrespective of creed, class or ethnicity. The PDP is therefore willing and ready to partner with like-minded individuals in other political parties and groups to sustain our democracy, ensure good governance and promote the unity and stability of our dear nation.?Nigeria as a nation belongs to all of us. Its interest therefore must be put over and above personal, partisan or group interests at all times.?In this regard, the PDP notes with gratitude, the immense contributions of the immediate past Senate President ?the Baba of the National Assembly?, Senator David Mark for the decency and mature manner with which he ensured the smooth take off of the 8th?National Assembly?, the party said.The statement also commended the PDP Acting National Chairman, Prince Uche Secondus for successfully galvanizing PDP members in both chambers of the National Assembly, which contributed to the peaceful conduct of the elections.

The PDP charged its members in the National Assembly to continue to uphold the tenets of democracy and enforce the constitutionally vested parliamentary role of check and balances to ensure the much desired accountability and probity in the polity.Finally, it urged the All Progressives Congress (APC) to stop whining and accept the will of the people, respect the independence of the legislature, as the PDP is not responsible for their naivety and crass inexperience.