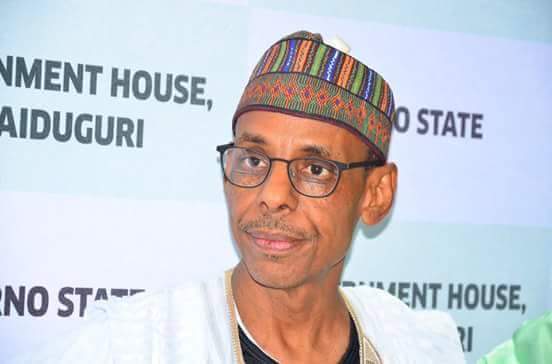 Chief of Staff to the President of the Nigerian Senate, Hakeem Ahmed has described legislative aides in the parliament as overzealous fools and incompetent.

Ahmed made these comments during the opening ceremony of a 3-day training, organized by NILS and UNDP for Senior Legislative Aides of Principal Officers of the National Assembly, yesterday in Abuja.

He advised Hamalai to handover to someone else, if she knew she would not perform on her duties.

The Chief of Staff further lamented that core Northerners were fairly represented in the list of resource persons for the workshop.

According to him, if he, as Chief of Staff had difficulty in accessing his principal, owing to the exigencies of his office, other aides would find it a hundred times more difficult having access to their principals.

However, contrary to his claim, in the copy of programme, the following individuals were present as resource persons ;  Dr. Bolaji Kehinde of the UNDP, Dr. Yemi Fajingbesi of the NILS, Kogi born Prof. Samuel Egwu of the University of Jos, Hon. Ossai Nicholas Ossai of the House of Representatives, Prof. Shola Omotola and the DG of NILS, Prof. Ladi Hamalai.

Hamalai, discarded all that the chief of staff said as she went further to refused to address other issues raised by him and other participants, which were related to the training and admonished the aides to take the training workshop more seriously so as to assist their principals in the discharge of their legislative functions

A Senior Aide of a ranking Reps Member, who spoke on condition of anonymity, criticized the comments of the chief of staff saying, “Look at the way the Chief of Staff talked to the woman as if she was his house girl. This is the same woman who has laboured to make NILS what it is today.”

The Communications Adviser to the NILS, Mr. Kanayo Nwajei denied the remark by the Chief of Staff, adding that the latter only said that there was need for improvement by all stakeholders.

Another Participant from the South East Nigeria in the training who would not want his name mentioned, expressed total displeasure over the comments of the Chief of Staff to Saraki.

According to him, “the outburst was uncalled for. It looks as if the Chief of Staff was the one who appointed the DG of NILS or has issues with her position. Even if he had issues against her, he would have called her privately to ventilate his anger, rather than, turning our training ground to a place to muscle egos.