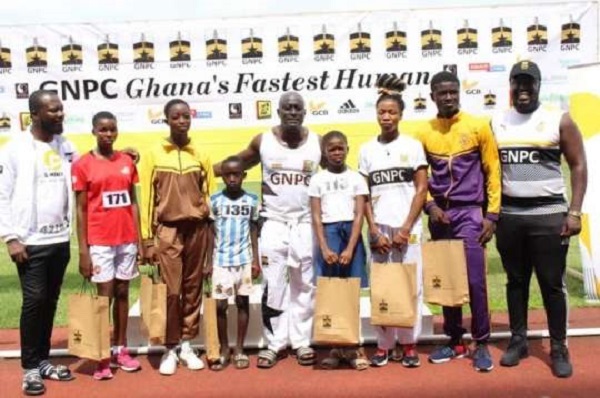 Sarfo put up a splendid performance to clock 10.14 in the Seniors 100m race.

Though the time made was the fastest in the local scene this year, the athlete missed out on the 10.5 qualifying mark for the Tokyo Olympic Games.

He was followed by Barnabas Aggerh and Edwin Gadayi who ran 10.29 and 10.34 to place second and third respectively.

In the Women’s category, Grace Obuor also from the Speedsters Club brushed aside competition from her contenders to win with a time of 11.67s.

Janet Mensah of the Koora Sports consult pulled a surprise to beat favorite Kate Agyemang to come second with a time of 11.72s.

Kyeremanteng Nathaniel, also of the Koraa Sports Consult clocked 10.70 in the U-18 boys category win ahead of Fantevi Francis of the Korley Kope JHS who ran 10.74 and Owadie Williams’ 10.74.

In the U-18 Girls’ race Kwartemaa Benedicta of Okess placed first with her 12.10s whilst Kusime Diamond of Mfantseman Girls SHS came second with 12.41 and Awudi Felicia of the Kpone SHS placing third with 12.51.