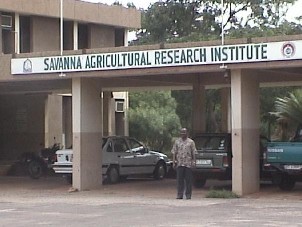 Dr Wilson Dogbe, the Project Manager of the Savannah Agriculture Research Institute (SARI) has indicated that SARI was now ready for business to support all initiatives that could help expand the institute and agricultural production.

He said the United States Agency for International Development (USAID) released a Direct Initiative Fund of $5.5 million US dollars in 2015 to support a three year project in SARI but was not sufficient to bring out the ultimate and expected outcomes hence, the need to raise funds to support the project through other accepted means.

Dr Dogbe said this at the launch of the “Core of Excellence Project” organized by SARI in collaboration with USAID, Agricultural Technology Transfer (ATT) and the Iowa State University (ISU) in Nyankpala in the Tolon District at the weekend.

The main focus of the launch was to create a platform to announce the readiness of SARI to collaborate with developers and especially the private sector to do business with them in order to generate extra funds to support their expansion project.

The launch was on the theme: “Innovative seed research for income generation” and was in line with three major thrust to strengthen the management structure and income-generating mechanisms within the institute for improved quality and supply of breeder and foundation seeds.

According to Dr Dogbe, commercialization was a suggestion from the ISU assessment programme on SARI in 2016, when it was discovered that the USAID direct initiative fund was inadequate to assist in SARI’s project of expansion.

Dr Steven K. Nutsugah, the Director of SARI said the core of Excellence project was intended to make SARI a premier agricultural research system in Northern Region where solutions would be provided to all agricultural issues.

According to him, even though SARI had been able to provide 39 varieties of various crops including maize (17), millet (5), rice (5), cowpea (9) and soybean (3) over the past ten years, the institute suffered from inadequate infrastructure and technology as well as poor administration and management, triggering the need for improvement.

Dr Nutsugah acknowledged the ability of USAID to bring out best results in their collaboration with other agencies, which created a substantial platform of success as well as a unique foundation of trust upon which to launch and carry out the Core of Excellence project.

He assured that, the scientific community of Ghana was fully in accordance with the USAID’s premise that, it was imperative to greatly expand the development, dissemination and application of agricultural technologies in order to improve agricultural productivity.

The Northern Regional Minister, Mr Salifu Saeed in a speech read on his behalf said seeds were of essential importance to farmers and it was therefore good that the initiative geared towards producing certified seeds of high nutritional value targeting maize, soybean and rice varieties.

He advised scientists to help preserve some crops of medicinal value, which were gradually disappearing from the system.

Mr Samson Konlan in a message from the USAID Economic Growth Office urged SARI to strive hard in order to develop into a world class institute that would compel government to support its activities with sufficient resources.