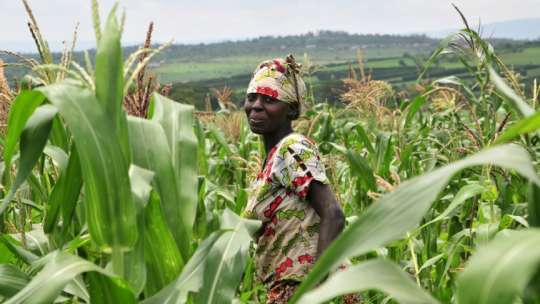 The Savanna Agricultural Research Institute of the Council for Scientific Research Institute (CSIR-SARI), has launched a technical and entrepreneurial capacity building project for youth in maize cultivation to produce and market hybrid maize seeds in Northern Ghana.

It seeks to equip young farmers with skills and techniques needed to empower them to produce sufficient quantities of high-quality seeds, particularly of locally adapted hybrid maize varieties, to meet the demands of farmers.

The project, titled: “Building the Technical and Entrepreneurial Capacity of Youth in Maize Cultivation to Produce and Market Hybrid Maize Seed in Northern Ghana”, is being rolled out in the Northern and Upper West regions, with funding support from the Borlaug Higher Education for Agricultural Research and Development (BHEARD) Office in Ghana.

Dr Gloria Boakyewaa Adu, the Project Leader, said the project was expected to walk farmers through the processes involved to improve on the production and delivery of seed of locally adapted hybrid maize varieties to farmers in remote areas of Northern Ghana to enhance their food security and livelihoods.

Dr Adu, who is also a Maize Breeder at the CSIR-SARI, said “beneficiaries of the project will be equipped with skills needed to start and maintain a viable seed business and they will be linked to private seed companies to support the private sector in the production and delivery of seeds of locally adapted hybrids.

“They will also serve as market links between rural farmers and the seed companies for other agricultural inputs and services in the rural areas of Northern Ghana,” she added.

Dr Saaka Buah, Acting Director of CSIR-SARI, indicated that the project was in line with the government’s Planting for Food and Jobs (PFJ) programme, and said it would help to tackle the problem of inadequate improved seeds for farmers.

“The major challenge to the success of the PFJ programme, as indicated by MoFA, is the inability of local seed producers to produce sufficient quantities of high-quality seeds, particularly of locally adapted hybrid maize varieties, to meet the demands of farmers.

“It is for this reason that we are seeking to train young maize farmers in Northern and Upper West regions of Ghana on the techniques of hybrid maize seed production”.

Alhaji Issahaku Mahama, President of the Northern Regional Branch of SEEDPAG, called on government to support local production of hybrid maize seeds to reduce its import, and to serve Ghanaian farmers with local hybrids specifically bred to suit their production constraints, adding that, it would create jobs for the youth.