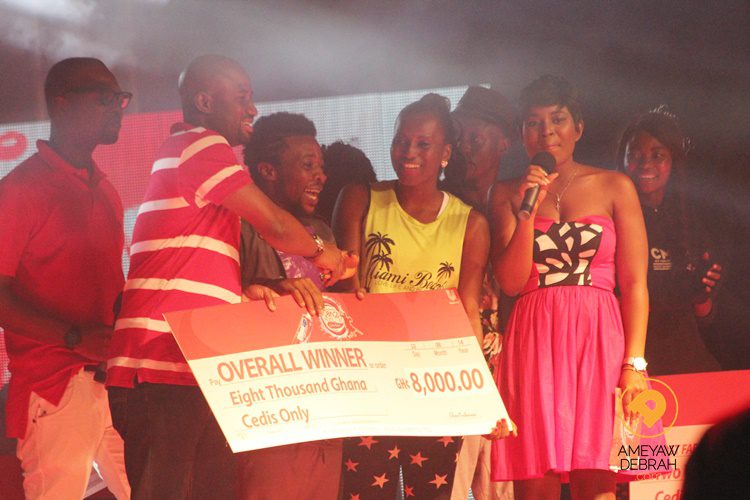 There was romance? there were acrobatics?and there was plenty of creativity as some of the finest dancers from Accra, Kumasi and Takoradi faced off for the Close-UP Freshness Dance Revolution finale at the Independence Square in Accra on Friday night. After several elimination rounds, 6 groups made it to the finals and Ama and Isaac from Takoradi were crowned the overall winners after they thrilled the crowd and judges with their slick and entertaining dance routines, and clean finishes. They won Ghc8,000, and a hamper from Unilever. Two groups from Accra also won the prize for Most Fabulous Looking Couple and Most Entertaining Dance, which came with a cash prize Ghc 2,000 and Ghc 4,000 respectively. All winners also won free Beats by Dre headsets and hampers from Unilever. All participating dancers also got Ghc200 and hampers.

Close Up has been doing the Salsa fiesta for a number of years now, but this year?s event dubbed the Freshness Dance Revolution was indeed an exciting revolution. It introduced new dance routines, easy-to-learn salsa moves fused with local contemporary dances like Azonto, Alkaida and highlife. The salsa fusion dances  birthed five main moves: Salzonto (Salsa + Azonto), Salkaida (Salsa + Alkaida), Salhighlife or Sallife (Salsa + Highlife), Salchoman (Salsa + Chowman) and Salmezop or Salzop (Salsa + Mezop), which were well received by the audience at the finale, as many tried out these moves on the night. Wegeiwor stuns in new visuals ahead of her “Ibada” EP release