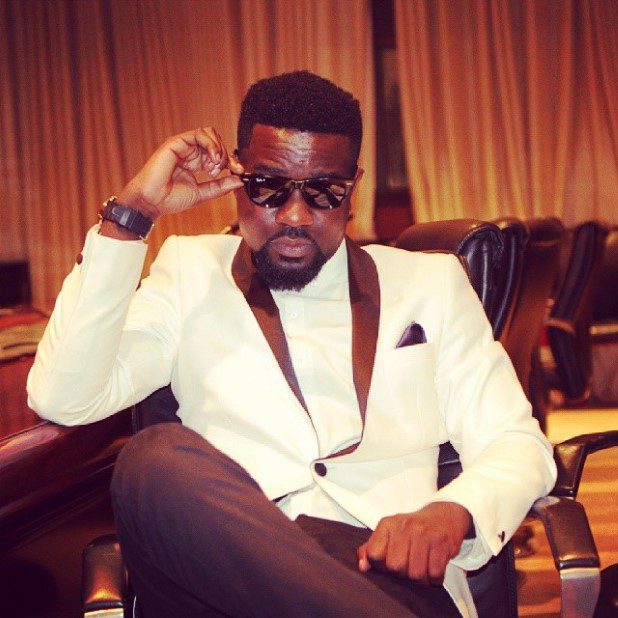 It is against Christian doctrines and virtues to get pregnant before getting married but Sarkodie in Ofori Amponsah’s latest ‘Alewa’ song actually said that: “Lemme hit you with it (have sex with you). Even if your family doesn’t agree to the marriage, I have already impregnated you.”

As a Man of God who has founded a church with a congregation, he needs not preach that. He needed not allow Sarkodie to say that on the song. Would Ofori on any day advise his church members to impregnate their girlfriends before they are married? And he called this HIGHER LOVE music – music meant to repair relationships? This can’t be true.

Before you conclude that I am judging Ofori, let me tell you that he has made it possible for us to talk about him. I never pushed Ofori to come say he had been called by God. I am not the one who told God to tell him to go back to secular music. Yes, I didn’t advise him to lie.

For crying out loud, nobody chastised Ofori when he did his Otoolege, Cinderella, Odwo and co because we knew that was what he wanted to do and he had been very successful in doing it. Most of his songs were very clean. So you see, the argument is not about we hating or judging him for doing secular music.

My problem is he using the name of God to cover up his u – turn. I pity his church members who got into Christianity because he had turned his back to the ‘world’ – the place he left for the church because he thought was evil. We are not saying secular music is evil. It was Ofori who told us that the secular music world put him into a lot of sinful acts. This is the same place he wants to go back to, to do the same sinful things he once did.

I don’t care about he going back to secular music but I hate the mere fact that he is using the word of God to back what he’s doing. If Ofori Amponsah tells us that God calls people into ministry for different purposes and that God wants to use him to sing LOVE songs to bless marriages and relationships, then I think dude is a fat liar.

Was he not doing songs similar to ‘Alewa’ before he came to tell the world that God had called him and that He wanted him to sing Gospel? Didn’t God know that the songs he sang in his Otoolege days could repair marriages and relationships before He asked him to sing gospel? Massa, leave God out of this before He gets angry with you.

In fact, I also listened to him on Kwasi Aboagye’s Entertainment Review and I was more convinced that he was confused. If someone is called by God, they stay true to the purpose for which he has been called. This was the same person who came to tell us that he nearly died while he did secular music. He did a lot of evil things and that once God had called him, he was never going back to the secular world – the things that took him away from God.
Should I believe this same person, if today he comes back to tell us that he has been directed by God to go back to secular music? No way!

The Christian God I know doesn’t work this way. He is not a walking contradiction. That is why I am peeved that Ofori Amponsah is attributing what he’s doing to the Christian God. I have said before, and I will keep saying it. I think there is somebody confusing Ofori Amponsah. It is a human being and not any spiritual force. I would not be surprised if his manager Frank Agyekum is behind all this. I am not saying he is – I am just presuming he could be.

Why did he not come on board to manage Ofori when he came out with the gospel songs? Why did he quickly resurface at this time that Ofori is coming back to secular music? The ‘god’ that called him will be sad by now because of his inconsistencies except if that ‘god’ is also a fake one of inconsistencies and contradictions.

Until he gets another calling to be a Buddhaist or fetish priest, I want to tell him to ponder over what Lord Kenya told him on Peace FM last Saturday.