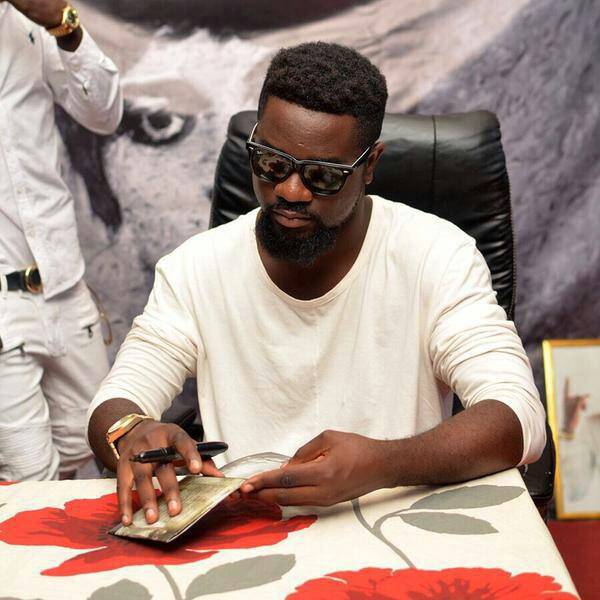 Sarkodie recently launched his fourth studio album ?Mary? at West Hills Mall and it was a success. The album which is named after the rapper?s late grandmother saw a massive turn out with an equal rise in sales. As promised, Sarkodie took pictures with the fans and had his autograph signing.

The next stop was in Tamale yesterday, 19th of September which happened at the Discovery Hotel.

Unfortunately, the much anticipated album autograph signing recorded a low turnout with fans refusing to attend the event.
Even though this was not the first time Sarkodie had been to Tamale to interact with fans, the low turnout could be attributed to the rate charged at the event. Source is reliably informed that fans were suppose to pay GHc20 to be at the event, unlike at the West Hills Mall which was free for everybody. The event organizers required everyone to pay GHc20 before getting to the place and even though that meant a free copy of the album and auto graph signing, people really didn?t get the message clearly.

Many thought GHc20 was only an entry fee before paying for the actual Mary album as well.

Again, source has learned that the maximum amount that is usually charged by event organizers in Tamale were mostly between Ghc10 and Ghc15 making Sarkodie?s entry fee a bit cumbersome for the confused fans.

The people did not see the need to pay that amount just to take pictures with the rapper, buy an album and sign autographs ? they wanted value for their money with at least performances to spice up the event.

Also, low publicity could also be attribute to the low turn out of the show. The people of Tamale have been disappointed in the past, with event organizers promising to bring artist(s) they couldn?t deliver in the end.

The album was produced by songwriter/musician Akwaboah, who is the first artist to be signed to Sarkodie?s Sarkcess Music Label.

YouTube platform for Ghanaian football legends to be launched