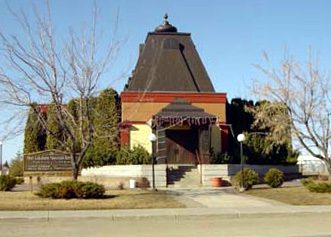 Shri Lakshmi Narayan Temple in Saskatoon (Canada) is launching expansion project estimated at $1.2 million with a ?Shilanyas Ceremony? on July 30. It will reportedly include a large multi-purpose hall, an equal size basement with dining area, etc., thus doubling the existing capacity. It is expected to be completed in two years.

Meanwhile, Hindu statesman Rajan Zed, in a statement in Nevada today, applauded efforts of temple leaders and area community for realizing this much needed expansion project.

Rajan Zed, who is President of Universal Society of Hinduism, further said that it was important to pass on Hindu spirituality, concepts and traditions to coming generations amidst so many distractions in the consumerist society and hoped that this expanded temple would help in this direction. Zed stressed that instead of running after materialism; we should focus on inner search and realization of Self and work towards achieving moksh (liberation), which was the goal of Hinduism.