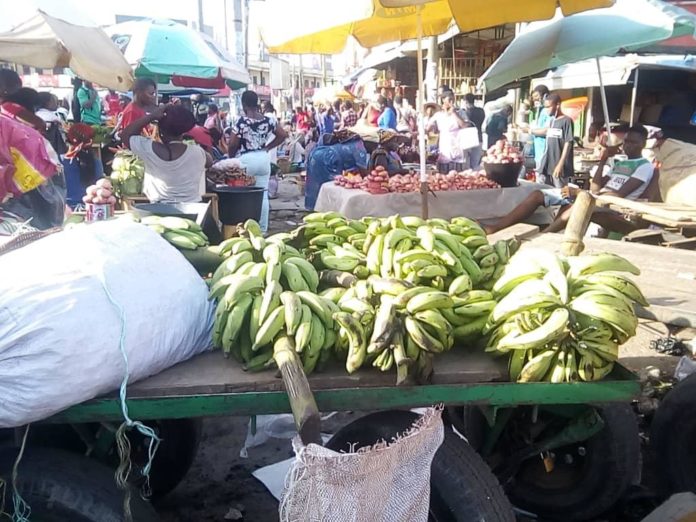 Satellite markets on basic school parks in Tema would not relocate into the main markets despite the President’s directive for final year students of Junior High Schools to resume on June 29.

Such markets which included the Twedaase School, Chemu park and the Oninku Drive school park were to be maintained even though environmental health officers had called on the Assembly to immediately relocate them to create a safe and conducive environment for teaching and learning.

According to the Environmental Health Officers, environmentally friendly place for learning must be devoid of noise, dust and waste which they said could not be guaranteed when the satellite markets remained as those factors was a common feature of markets.

Mr Frank Asante, Tema Metropolitan Public Relations Officer in an interview with the Ghana News Agency said the existence of the satellite markets would not interfere with school activities of final year students of Junior High Schools.

Mr Asante said the TMA in a meeting with the Education Directorate agreed that the markets could co-exist with the schools since it was only the final year students who would be reopening and they would spend limited hours in school.

He stated that the markets such as the ones on the parks of Twedaase and Chemu were not near the classrooms while that of Oninku Drive was located at the primary section some 100s of metres from the JHS block.

He added that the Assembly’s security guards had been positioned at the various markets to ensure that medicine hawkers who used megaphones were not allowed into those markets as their activities generated a lot of noise.

In addition, he said sanitation at the said markets were under control noting that mobile toilets had been provided in addition to standpipes and water reservoirs to ensure that hygiene was maintained there at all times.

Touching on preparations towards the reopening of the schools on Monday, he said the Assembly in collaboration with the Zoomlion Company, had successfully disinfected all basic schools both private and public in the Metropolis.

Personal protective equipment for staff and students, he noted, had been received from the Regional Coordinating Council(RCC) for onward distribution to the schools ahead of the opening.

He said 10,000 pieces of nose masks and hand sanitizers were received from the RCC adding that the supply would be augmented by what the Assembly received from local corporate organizations to ensure that beneficiaries received adequate quantities.

According to him, veronica buckets with soap and tissues as well as infrared thermometer guns would also to send to the schools by close of work on Friday.