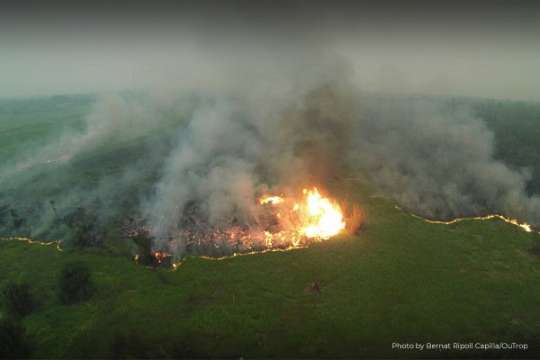 A new analysis of satellite data dispels the prevailing view that rainforests took the biggest hit from widespread fires in Indonesia in 2019.

“While there was much speculation in the news that the heavy fire season has taken a toll on the country’s remaining rainforests, there was no hard evidence to support that notion,”, says a research conducted by the Centre for International Forestry Research (CIFOR) in Bogor, Indonesia.

The research is part of CIFOR’s Global Comparative Study on REDD+.

Funding partners that have supported this research include; the Norwegian Agency for Development Cooperation and the CGIAR Research Programme on Forests, Trees and Agroforestry (CRP-FTA) with financial support from donors to the CGIAR Fund.

“We set out to determine how much land has burnt and what type of land cover has been burning. This knowledge is crucial to understanding consequences and formulating solutions”, a statement signed by David Gaveau, a Landscape Ecologist, and research associate at CIFOR and copied to the Ghana News Agency (GNA).

To provide a rapid, but detailed assessment of burned areas, scientists analysed time-series imagery taken by the Sentinel-2 satellites between January 1, and Oct. 31, 2019. They performed the analysis in Google Earth Engine.

The satellite assessment estimates that 1.64 million hectares burnt within the period across seven Indonesian provinces, including; 670,000 ha (41 per cent) in peatlands, which play a crucial role as carbon sinks.

This finding, according to the statement revealed that the scale of the 2019 fires is large – commensurate with the catastrophic 2015 fires when 2.1 million hectares burnt.

In 2015, a powerful El-Niño was partly to blame for drought-induced widespread fires, which burnt an estimated 2.6 million hectares across Indonesia, emitting 1.2 billion tonnes of CO2 equivalent representing half of the country’s total emissions in that year.

Palangkaraya, the capital of Central Kalimantan, suffered the greatest air quality impact, one of the worst sustained air quality measurements ever recorded worldwide.

Based on visual inspection of high-resolution image samples (2,920 samples) taken before fire, they found that 76 per cent of burning occurred on idle lands (lahan terlantar in Indonesia).

Those lands were forest several years ago, but cycles of repeated burns have converted them to unproductive degraded scrublands.

There has been much speculation in the news that Indonesian fires were ignited by land clearing activities to establish plantations.

Clearing land for this purpose only partly described the situation.

Uncontrolled fires easily propagated well beyond the intended area of burning because of large areas of flammable idle and degraded scrublands, the legacy of past deforestation.

The vegetation that burned in 2019 based on an analysis of high-resolution (one metre) satellite imagery samples (N=2,920) acquired before fire between 2017 and 2019.

Although the data show three per cent to 3.6 per cent of 2019 fires burned in forested landscapes, which may seem small, it is still too much.
Up to 60,000 ha of old-growth forest was impacted by burning, mainly on peatlands.
These burnt peat-swamp forests will probably never recover, and be replaced by flammable scrublands, with consequences for local and global ecosystems.

CIFOR, a non-profit, scientific institution that conducts research on the most pressing challenges of forest and landscape management around the world, envisions a more equitable world, where forestry and landscapes enhance the environment and well-being for all.

To do so, it conducts innovative research, develop partners’ capacity, and actively engage in dialogue with all stakeholders to inform policies and practices that affect forests and people. 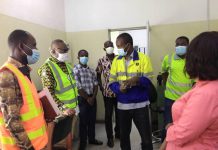 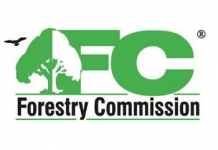