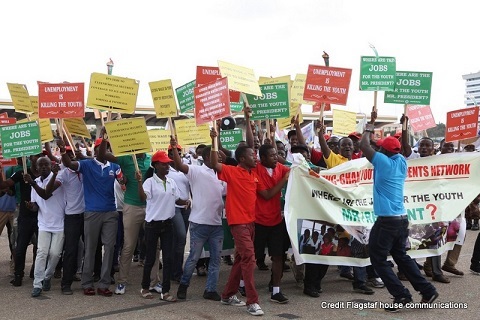 Each year, people around the world commemorate Labour Day, also known as International Workers’ Day or May Day, to honour the struggles of the working class and efforts of labour unions across the globe.

In many countries, May Day is an official public holiday for workers to have the day off and reflect on their achievements and challenges.

Though Labour Day is celebrated across the globe, it originated in the United States and has its roots in the rise of trade unions in the 19th Century in Chicago.

The unions fought for workers’ rights and for the eight-hour workday. Over 90 countries, including Ghana, celebrate International Workers’ Day or Labour Day on May 1.

Ghanaian workers observed their first May Day in 1960 and Ghana’s first President, Osagyefo Dr Kwame Nkrumah, was declared the “Number One Worker” and decorated with a May Day Award by the Trades Union Congress.

According to weforum.org, International Workers’ Day was officially recognised in 1889 at the first International Socialist Congress in Paris to commemorate the Haymarket Affair — a bloody confrontation between striking union workers and Chicago police in 1886.

Last year, Ghana, just as other countries, cancelled rallies on May Day due to the COVID-19 pandemic with events being held virtually.

Ahead of this year’s celebration, some groups are suggesting how it should be marked.

The Forum for Public Sector Association and Unions is calling for the celebration of May Day under Labour Centres as that would “recognise Trade Centre Plurality” in the country.

The Labour Centres are: the Trades Union Congress, the Ghana Federation of Labour and the Forum for Public Sector Association and Unions.

Mr Isaac Bampoe Addo, the Chairman of the Forum, made up of workers in the health and education sectors and Civil and Local Government, said the decision would give May Day celebration a national character.

It is expected to be characterised by discussions on flexible work schedules (working from home) amid the COVID-19 pandemic and welfare of workers.