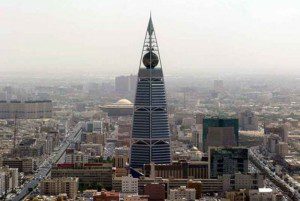 A report published by the CATO Institute ? a privately funded public policy research organisation ? lists Saudi Arabia as the most miserable GCC country for 2014.

The list of 108 countries has been ranked based on a number of factors which include national inflation rates, lending rates, unemployment figures together and year-on-year per capita GDP growth to determine its applicable level of ?misery.?

A key driver in Saudi?s ?misery? is its current level of unemployment which, according to statistics published by trading economics.com, stands at 5.5 percent. While Saudi Arabia may be ranked the most miserable country in the GCC, its overall position on a list of 108 countries is 47. That is some way behind Venezuela, in first, where consumer prices in the country are a key factor in the nation?s calculation of relative ?misery?.

According to the list, the most miserable Middle East country is Iran, at number 5 ? well ahead of the troubled Palestinian territories at number 17. Egypt is ranked 18th most miserable country globally, and Jordan sits at 36th. Unemployment is a key factor in driving rankings in those countries.

Qatar?s interest rates make it the 82nd most miserable country in the world, according to researchers, while Bahrain (91), Kuwait (92) round out the list. Oman and the UAE don?t feature in the rankings.

Digital skills will be required in Entrepreneurship

Ensure Balance In The Country’s Need For Essential Forest Services