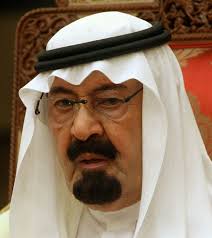 King Abdullah was admitted to the King Abdulaziz Medical City in the capital, Riyadh, state news agency SPA quoted a statement by the court as saying on Wednesday.

?The Custodian of the Two Holy Mosques, King Abdullah bin Abdulaziz, may God keep him, entered today Wednesday ? the King Abdulaziz Medical City of the National Guard in Riyadh to undergo some medical tests,? the statement said.

The Saudi king had two operations in October 2011 and November 2012 because of ?ligament slackening? in the upper back.

King Abdullah was born in the early 1920s and took power in 2005 after the death of Fahd bin Abdulaziz Al Saud , the former king of Saudi Arabia, on August 1, 2005.

The Saudi king?s health has declined over the past few years, during which he has been hospitalized several times.

Failing health, old age as well as the death of the king?s half-brothers have raised concerns about the future of the oil-rich country in the face of anti-government demonstrations.

Five People Hospitalized in Australia After Leak of Unknown Substance

Afghanistan’s 12-Member Council to Include Karzai, Abdullah and Baradar