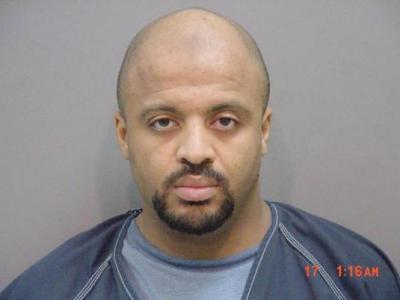 In highly unusual testimony inside the federal supermax prison, a former operative for al-Qaida has described prominent members of Saudi Arabia?s royal family as major donors to the terrorist network in the late 1990s and claimed that he discussed a plan to shoot down Air Force One with a Stinger missile with a staff member at the Saudi Embassy in Washington,?The?Times of India?reports.
The Qaida member, Zacarias Moussaoui, wrote last year to Judge George B Daniels of United States district court for the Southern District of New York, who is presiding over a lawsuit filed against Saudi Arabia by relatives of those killed in the September 11, 2001, terrorist attacks. He said he wanted to testify in the case, and after lengthy negotiations with Justice Department officials and the federal Bureau of Prisons, a team of lawyers was permitted to enter the prison and question him for two days last October.
In a statement?Monday?night, the Saudi Embassy said that the national?September 11?commission had rejected allegations that the Saudi government or Saudi officials had funded al-Qaida.
?Moussaoui is a deranged criminal whose own lawyers presented evidence that he was mentally incompetent,? the statement said. ?His words have no credibility.?
Moussaoui received a diagnosis of mental illness by a psychologist who testified on his behalf, but he was found competent to stand trial on terrorism charges. He was sentenced to life in prison in 2006 and is held in the most secure prison in the federal system, in Florence, Colo. Moussaoui?s accusations could not be verified.
The allegations from Moussaoui come at a sensitive time in Saudi-American relations, less than two weeks after the death of the country?s longtime monarch, King Abdullah, and the succession of a half-brother, King Salman.
There has often been tension between Saudi leaders and the Obama administration since the Arab uprisings of 2011 and the efforts to manage the region?s resulting turmoil. Moussaoui describes meeting in Saudi Arabia with Salman, then the crown prince, and other Saudi royals while delivering them letters from Osama bin Laden.
There has long been evidence that wealthy Saudis provided support for bin Laden, the son of a Saudi construction magnate, and Al Qaeda before the 2001 attacks. Saudi Arabia had worked closely with the United States to finance Islamic militants fighting the Soviet Army in Afghanistan in the 1980s, and al-Qaida drew its members from those militant fighters.
But the extent and nature of Saudi involvement in al-Qaida, and whether it extended to the planning and financing of the?September 11attacks, has long been a subject of dispute.
Moussaoui?s testimony, if judged credible, provides new details of the extent and nature of that support in the pre-9/11 period. In more than 100 pages of testimony, filed in federal court in New York?on Monday, he comes across as calm and largely coherent, though the plaintiffs? lawyers questioning him do not challenge his statements.
?My impression was that he was of completely sound mind ? focused and thoughtful,? said Sean P Carter, a Philadelphia lawyer with Cozen O?Connor who participated in the deposition on behalf of the plaintiffs. He said that the lawyers needed to get a special exemption from the ?special administrative measures? that keep many convicted terrorists in federal prisons from communicating with outsiders.

Ban on beaches in Accra lifted, patrons to show proof of vaccination

Exhibitors, Patrons at “VoltaFair2021” treated to a live snake show

Patrons, Board Members Unveiled ahead of maiden Soccer Achievers Awards