Savana Signatures, a non-governmental organization, has empowered 195 girls across the Volta region.

It aimed at empowering vulnerable girls between the ages of 10 and 19 years to acquire employable skills in mostly male dominated artisanal trades.

At a ceremony to offer tools and equipment to the girls who have successfully ended their training, Mr John Stephen Agbenyo, the Executive Director of Savana Signatures, said the initiative would improve the lives of many and society as a whole.

“The project is a child protection one with a livelihood empowerment component,” he said.

He said the economic transformation of every country must be built on vocational training, adding “the tools given the beneficiaries would empower them to achieve this transformation.”

Mr Richard Bonny, Project Manager, Savana Signatures, Volta, appealed to the beneficiaries to live up to the task assigned them “so the vision for this project would be sustained after investing huge funds into it.”

Mrs Stella Agbezuhlor Mawutor, the Volta Regional Director of the Department of Social Welfare, said determination and focus must be the hallmark of anyone aspiring to become a future achiever.

She said there was the need for all to avoid instances of allowing children to fend for themselves.

Mrs Agbezuhlor pledged her support to assist some female beneficiaries financially in championing their dreams.

Miss Antoinette Djan, a representative from UNICEF, said they remained committed to the well-being of the vulnerable in the society.

Master Abdul Kassim, a Mastercraft trainer in glazing and fabrication, said the project was aimed at positioning the girls to cater for themselves to avoid teenage pregnancies and child marriages.

Bernice Azameti, a beneficiary with Electrical background from Akatsi North, commended the organisers of the project.

She said they were determined to overcome the challenges associated with females engaging in male dominated activities.

Heads of Department, leaders of youth groups, Mastercraft trainers, Chiefs and Queenmothers from within and outside Sogakope graced the ceremony. 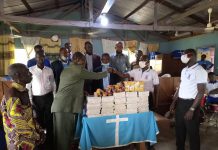 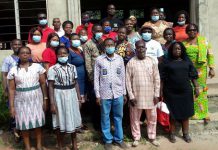 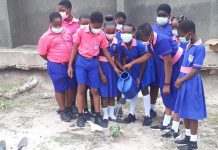 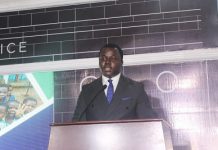